PM Modi To Arrive In Israel On July 4, Will Be The First Indian PM To Visit The Nation 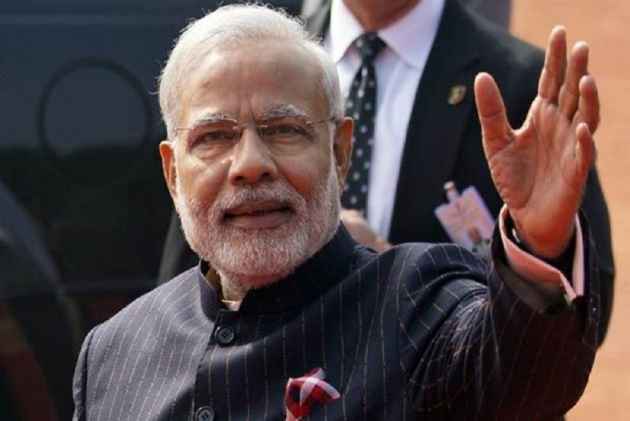 In a big fillip to an already robust bilateral relations, Prime Minister Narendra Modi is scheduled to land in Israel on July 4 on a three-day visit, the first by an Indian prime minister to the Jewish state.

Informed sources in Tel Aviv told PTI that Modi would be arriving in Israel on July 4 and is likely to meet his Israeli counterpart Benjamin Netanyahu the same day in the evening.

Modi's visit is aimed at commemorating 25 years of establishment of diplomatic ties between the two countries.

He would be addressing the Indian community in Israel the following day in Tel Aviv with preparations for the event in full swing amid massive enthusiasm with people expected to attend the event from all over the country.

The Indian community has launched a website in preparation of the much awaited visit of Modi. About 80,000 Indian Jews belonging to four different communities - Bene Israel, Cochinis, Baghdadis and Bnei Menashe - live in Israel.

The Indian Jewish community in Israel still maintain some of the cultural practices from India and take a lot of pride in their origin often mentioning that India is the only nation in the world where there was no trace of anti-semitism.

Modi's ascendance to power in New Delhi generated a lot of euphoria in Israel as he was popular here for maintaining close ties with Tel Aviv during his tenure as Chief Minister of Gujarat. He had also visited Israel in October 2006.

One of the things that have been particularly discussed widely in the Israeli media is the "close chemistry" between Modi and Netanyahu.

Netanyahu often calls Modi "my friend" and in a recent tweet said that people of his country were eagerly waiting for his "historic" visit.

The two leaders have already met twice on foreign soil on the sidelines of UN related events and are said to be constantly in touch with each other over the phone.

"I am happy that often we can talk easily on telephone, we can discuss everything. It has very rarely happened. In your case it has happened," Modi told Netanyahu during their meeting on the sidelines of Paris Climate summit in November 2015. The Israeli premier had then promptly responded saying, "in your case too".

India's abstention at a UNHRC vote in 2015 on a UN report critical of Israel's offensive in the 2014 Gaza war was described by many here as a sign of a "qualitative leap" in ties which had transformed into a "completely normal relations without any hangups" with many crediting the closeness between the two prime ministers for the "change in heart".

New Delhi, however, later clarified that the vote was a "principled" stand in connection to the International Criminal Court that had reference in the resolution and does not mark "any shift in policy".

Modi's visit being limited to Israel in the region, skipping Palestine, has been pointed by some analysts as a "major statement", but the Palestinian Authority (PA) clearly stated that India has the right to build relations with Israel but it should not come at the "expense" of New Delhi's firm support for the Palestinian cause.

Palestinian President Mahmoud Abbas visited India in May. It was his fifth visit to New Delhi in the last 12 years and the third state visit underlining the importance of relations.

"India has the right to make relations with Israel and any other country but what we care about is that it should not be at the expense of its relations with Palestine," Dr. Majdi Khaldi, senior diplomatic Advisor to Abbas, had told PTI.

The defence ties between India and Israel have often drawn worldwide attention and acquired strategic dimensions. It is being believed that Modi's visit would further solidify security ties as Israeli defence industries have shown greater inclination towards participating in joint ventures to give a boost to NDA government's 'Make in India' campaign.

Israel's state-owned Israel Aerospace Industries (IAI) last month announced that it has inked yet another major deal worth USD 630 million with India, giving a boost to the 'Make in India' campaign in a project to be jointly executed with Bharat Electronics Limited (BEL).

The contract is related to the supply of LRSAM (Long Range Surface to Air Missiles) systems for four ships of the Indian navy. The project will be carried out, for the first time, with Indian government owned BEL, which will serve as the main contractor in the project.

In April, Israel closed a USD 2 billion defence deal with India with IAI taking the lion's share of it with contracts worth USD 1.6 billion. It is the largest single deal in the history of the Jewish state.

All these visits have laid the ground work for several MoUs that are likely to be signed during Modi's visit.

Netanyahu's government has taken several steps to boost Israel's exports to India emphasising that "sky is the limit" as far as cooperation between the two countries goes across several sectors.

Starting with humble figures of USD 200 million in annual trade in 1992 the two countries have registered bilateral trade of about USD 4.5 billion last year. Cooperation in the field of Agriculture and water management has also drawn a lot of attention with Israel setting up dozens of Centres of Excellence in India to boost India's farming sector