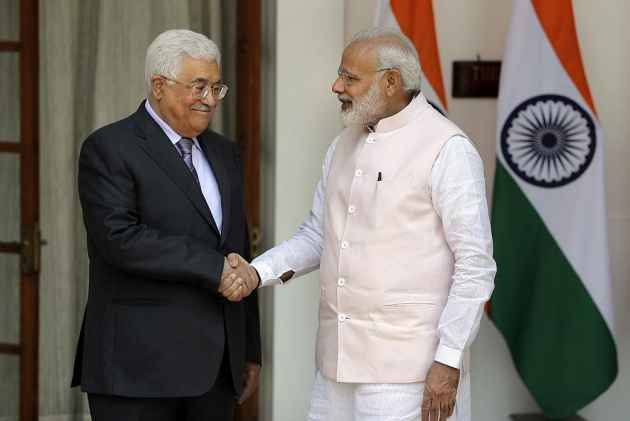 The focus of the talks was to further deepen bilateral cooperation between India and the Palestine.

In the morning, Abbas was warmly welcomed by President Pranab Mukherjee and Prime Minister Modi at Rashtrapati Bhawan. He was also given a ceremonial guard of honour there.

The visit of the Palestinian President comes ahead of Modi's visit to Israel which is likely to take place in July.

Ahead of Abbas' visit, India reiterated its "political support" to the Palestinian cause and had said that it continued to assist developmental projects there.

The Palestinian president arrived here on Sunday on a four-day visit.