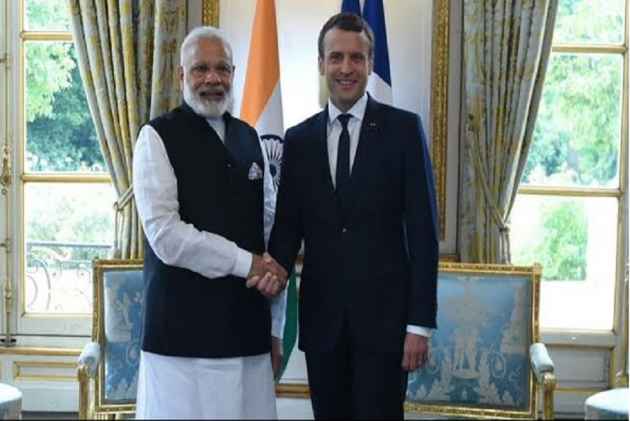 The two leaders met at the Elysee Palace, the official residence of the president of France.

"A meeting to mark a new warmth and friendship. PM @narendramodi meets new French President Emmanuel Macron in Paris," Ministry of External Affairs spokesperson Gopal Baglay tweeted along with some pictures of the two leaders.

Modi arrived in France from Russia, where he held talks with President Vladimir Putin and attended an international economic forum. Before Russia, Modi also visited Germany and Spain and held talks with the top leadership there.

The two sides are expected to issue a joint declaration after the Modi-Macron meeting.

"I would be exchanging views with the French President on important global issues including UN Security Council reforms and India's permanent membership of the UN Security Council, India's membership of the various multilateral export control regimes, counter-terrorism cooperation, collaboration on climate change and International Solar Alliance," Modi had said ahead of the visit.

Prime Minister Modi had also called up Macron to congratulate him on his poll victory and said he looked forward to work with him to further deepen the bilateral ties.