PM Lies Wherever He Goes. We Want 'Sach Bharat' From Him: Rahul Gandhi 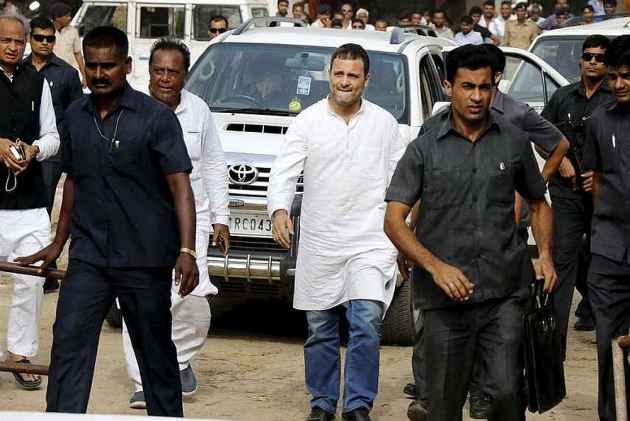 Congress vice president Rahul Gandhi today hit out at the government for not being able to keep its promises and said Prime Minister Narendra Modi wanted to create a 'Swachch Bharat' but people wanted a 'sach Bharat'.

Addressing a meeting of opposition leaders, hosted by rebel JD(U) leader Sharad Yadav, Gandhi also took a dig at the government's flagship programme ‘Make in India’, saying most products available in the country were made in China.

The Congress leader accused the BJP of not fulfilling the promises made to the people during the 2014 general elections. These included bringing back black money stashed abroad and creating jobs for the youth.

"Modi-ji says he wants to create a Swachch Bharat but we want Sach Bharat. Wherever he goes he lies," Gandhi alleged. However, the Congress leader did not elaborate.

Gandhi also took a potshot at the RSS, saying it was bent on changing the country’s Constitution.

"One says this country is mine, other says I belong to the country. That's the difference between RSS and us," he said.