PM Hopes US will Get India Official N Power Status 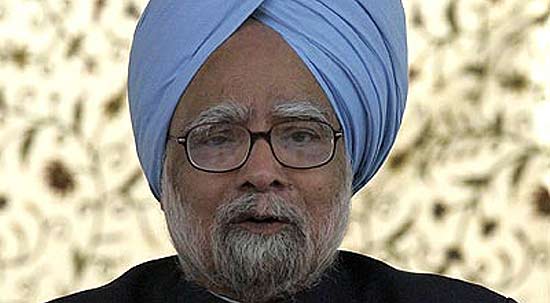 Print
A
A
A
increase text size
Outlook November 30, 2009 11:01 IST PM Hopes US will Get India Official N Power Status

outlookindia.com
-0001-11-30T00:00:00+0553
Prime Minister Manmohan Singh hopes that the United States will help India get the official status of a nuclear weapons state, given its impeccable record in the field of non-proliferation.

"Well, I hope it will happen," he told Fareed Zakaria of the CNN when asked if he thinks that the US should try to press the issue and have India brought into the system as a nuclear weapons state.

The interview was taken in New Delhi, before Singh travelled to Washington last week. Its first part was telecast last Sunday, while the second part was aired yesterday.

It would be a positive development, the Prime Minister said when Zakaria asked if it is "fair to say that one of the ultimate objectives of India would perhaps be to become a member of the Non-Proliferation Treaty system, but to be invited in as a nuclear weapons state in the way that China was." Despite its status as a nuclear nation, India has never signed the Nuclear Non-Proliferation Treaty, Zakaria noted.

India's ultimate goal is actually to sign the treaty, but it does not have official nuclear state status. China got that in 1992, and that is what India wants, Zakaria said.

"Well, if we were to go that way, that would be a very positive development from our point of view," Singh said. "We are a nuclear weapons state, but we are a responsible nuclear power. We have an impeccable record of not having contributed to unauthorised proliferation of these weapons of mass destruction," he said.

"So, I think India does require, I think, greater consideration of the global community," Singh said.

Last week, welcoming the Indian Prime Minister at the White House, US President Barack Obama had identified India as a nuclear power.

"As nuclear powers, we can be full partners in preventing the spread of the world's most deadly weapons, securing loose nuclear materials from terrorists, and pursuing our shared vision of a world without nuclear weapons," Obama had said.

The statement was viewed by many experts as a recognition by the US that India is a nuclear state.