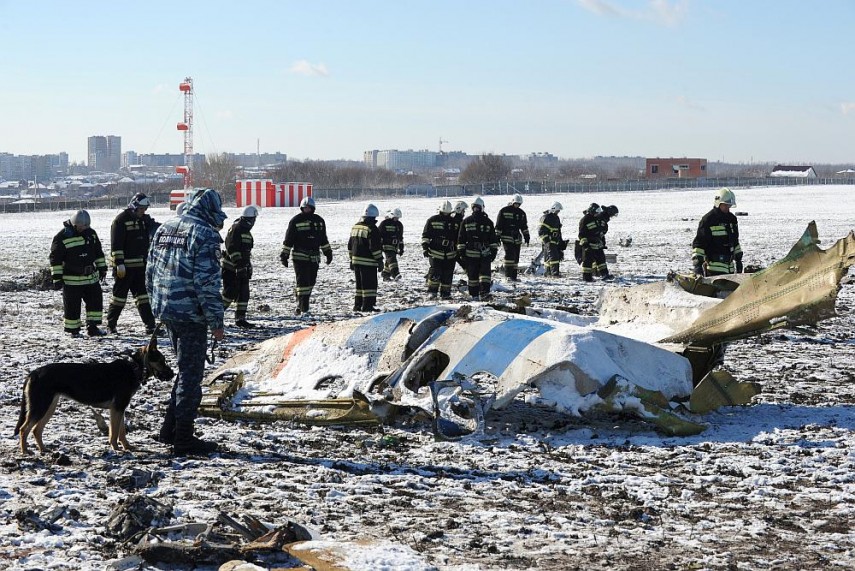 A pilot error or a technical fault not terrorism is likely to be the cause of the plane crash into the Black Sea, Russia's transport minister said today as the nation held a day of mourning for the victims.

All 84 passengers and eight crew members on the Russian military's Tu-154 plane are believed to have died yesterday morning when it crashed two minutes after taking off from the southern Russian city of Sochi.

More than 3,000 rescue workers on 32 ships including over 100 divers flown in from across Russia have been searching the crash site at sea and along the shore, the Defence Ministry said. Helicopters, drones and submersibles were being used to help spot bodies and debris. Powerful spotlights allowed the operation to go on all through the night.

Transport Minister Maxim Sokolov said in televised remarks yesterday that terrorism was not among the main theories, and that authorities were looking into a possible technical fault or a pilot error.

Still, several aviation experts noted factors that could suggest a terror attack, such as the crew's failure to report any malfunction and the fact that plane debris was scattered over a wide area.

By this morning, rescue teams had recovered 11 bodies and fragments of bodies. Those were flown to Moscow, where the remains will be identified.

Mourners stopped by the Sochi Adler airport today to light candles at the airport's chapel and lay flowers at an improvised shrine that featured photos of the plane and of some victims.

The plane, which originated from Moscow's military airport of Chkalovsky and stopped in Sochi for refuelling, was taking the Defence Ministry's choir, the Alexandrov Ensemble, to perform at a New Year's concert at the Russian air base in Syria's coastal province of Latakia.

Despite the Syrian connection, Sokolov said the government sees no need to heighten security measures at Russian airports.