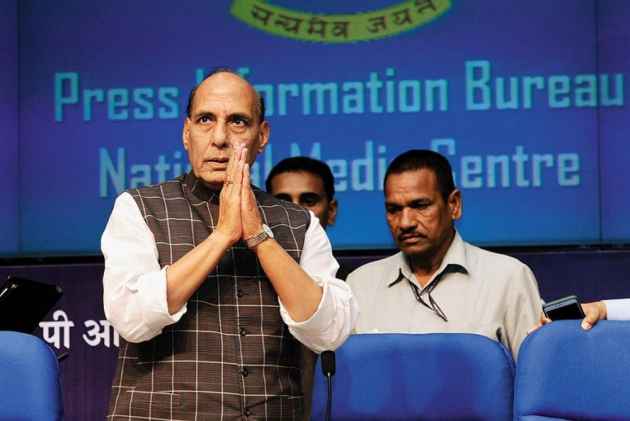 The training, he said, will sensitise policemen about the crimes that occur by IPR and copyright violations and prepare them to enforce the relevant laws strictly.

Delivering a keynote speech during the 'National Workshop on Enforcement of Intellectual Property Rights (IPRs)', Singh asked agencies like the police and the customs department "not (to) take lightly" these violations as they have direct links with public safety and security of the country.

They can be exploited by terrorists and criminals to generate illicit funds and subsequently pump them for terrorist acts, he said.

The three-day workshop is being organised by the Commerce Ministry, while the Ministry of Home Affairs (MHA) enforces the various provisions of the IPR Act in the country.

Singh said: "Police officials shall be equipped with proper knowledge and training, so as to curb and restrain IPR violations at the very outset.

"A course in IPR would be introduced in police training institutes to familiarise and sensitise our police forces on IPRs. We will ensure all the facilities."

The minister added that these infringements like in pharma, software and other sectors pose a "serious safety threat" and hence the policemen, who are mandated to check these crimes on ground, need to be aware about the legal provisions of the Act that they enforce.

Further, the minister said the intellectual ability of a country has the "power to determine its future" as he added that India is known for its artistic craftsmanship, traditional techniques and creative workmanship.

He said the government and his ministry accords "highest importance" to prevention of crime and recognises the need to strictly deal with IPR-related crimes as he urged state police departments to strengthen their capabilities to check and investigate crimes in this domain.

"The law and order situation and crime scenario in India has made it necessary to modernise the state police forces quickly," the home minister said.

The state police, he said, needs to improve its functioning and get equipped with the latest technology to successfully meet emerging challenges in the IPR regime.

The government has taken some "serious steps" in this context, he said adding the centre has quickly moved towards taking new steps to strengthen the IPR regime in India.

The event was also attended by Singh's deputy in the MHA, Kiren Rijiju. He said that the ministry will undertake all measures that makes sure that the enforcement system in the country for IPR related crimes is "robust".

"In terms of recognising and protecting IPR, I am sorry to say that we have not been very successful. That is why, the assault on the quality becomes so prominent in our nation," the minister of state for home affairs said.

Rijiju added that all the stakeholders in the domain should take steps to "kill" piracy.

He also urged law enforcement agencies to not wait for IPR violation complaints to come at their doors but deploy a system where action is launched in an automatic fashion once a contravention is detected.

"The confidence of the people who innovate will be high, once they know that they are secure," he said.

Rijiju said that while at one hand "copy and paste" is very easy, research and development is not looked as a "lucrative or priority" avenue in the country.