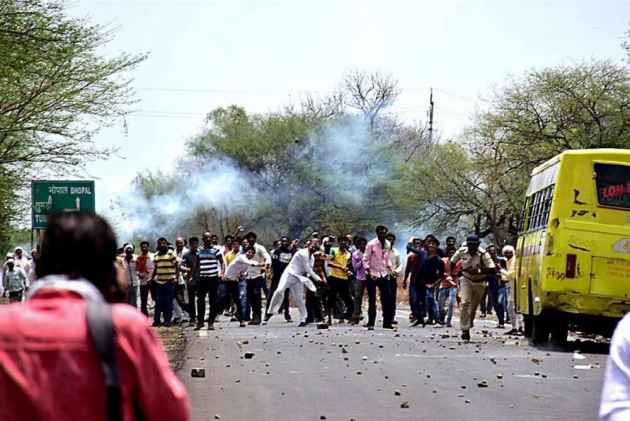 Pilot alleged that the BJP government was using farmers as "vote banks" and farm loan waiver as a "political tool".

"Unarmed and innocent farmers are being brutally killed in MP by a stubborn BJP government. They should have understood that if they (BJP) announced a Rs 36,000-crore loan waiver only for Uttar Pradesh, there would be similar demands from other states as well," the Rajasthan Congress chief told reporters here.

Madhya Pradesh has been on the boil ever since the farmers launched an agitation last week seeking loan waiver and better crop prices. Five farmers were killed in police firing at Mandsaur on Tuesday, while six others were injured. Apart from MP, farmers in Maharashtra have also been on the war path since June 1 over their demands, including complete loan waiver.

"Under this government, farm loan waiver has only been used as a political tool. Why did you make this announcement before the Lok Sabha polls if you could not fulfil them? Why did the BJP promise to offer double the incentives than what farmers incurred as input costs? Farmers have only been used as vote banks to grab power," the former Union minister said.

"The insensitivity of Prime Minister Narendra Modi became apparent when he did not tweet a word condemning the killings of farmers or and expressing grief over the farmers' killings," he said.

Referring to Rahul Gandhi's detention near Mandsaur yesterday, Pilot said the Congress vice president did not go there to make any political statement, but to meet the farmers' families.

"We went there as fellow human beings. There was no terrorist attack there, nor was there a natural calamity. Still Section 144 was imposed. How can there be a dialogue when police and para military forces are using brutality to silence farmers?" he questioned.

Replying to a query on the BJP's charge that the Congress was inciting farmers, Pilot said this was "sheer irresponsible behaviour" on the part of an "anti-farmer" saffron party.

"When we were in power, you (the BJP) blamed us. Now we are in Opposition, you still blame us? How insensitive and sheer irresponsible is this? It is your government, your police and your administration. How are we to be blamed," he asked.