PETA With Kamal Haasan On Jallikattu, Says Activities Associated With Rodeo Against Law In America 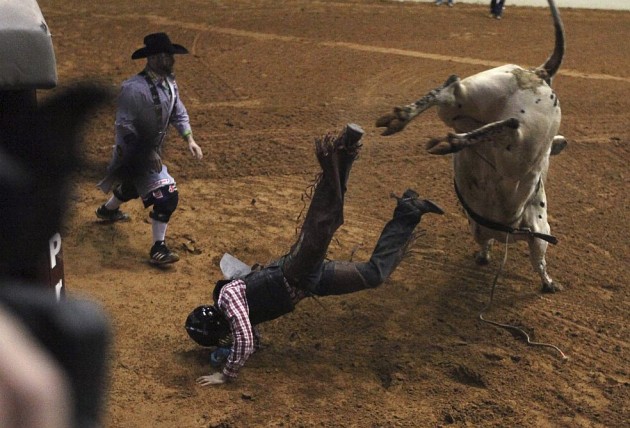 Print
A
A
A
increase text size
Outlook January 24, 2017 18:26 IST PETA With Kamal Haasan On Jallikattu, Says Activities Associated With Rodeo Against Law In America

Joining issue with veteran star Kamal Haasan who lashed out at it for opposing jallikattu and asked it to ban rodeos in US, animal rights group PETA today said bullfighting and 'cruel activities' associated with rodeo were against the law in many American states.

PETA India CEO Poorva Joshipura said the NGO "helps animals in India only and is an Indian entity."

"PETA US, on the other hand, has been working to stop animal abuse in the US since 1980, where bullfighting is illegal and cruel activities associated with the rodeo, which Haasan refers to, are also against the law in many states," she said in a statement here.

The rodeo was prohibited in the UK, the Netherlands and elsewhere, she said, adding, "Spanish supporters of another organisation, PETA Europe, have made bullfights in many areas of Spain illegal."

Haasan had recently slammed PETA over its opposition to jallikattu, saying it was not 'qualified' to tackle Indian bulls and asked it to train its guns against "bull riding rodeos in Mr (Donald) Trump's US."

"PETA go ban bull riding rodeos in Mr Trump's US You're not qualified to tackle our bulls," he had said.

The animal rights advocacy group has come under severe attack from jallikattu supporters in Tamil Nadu, with stars like Haasan, Suriya and Vijay lashing out at it.

Pro-jallikattu protesters across the state had made vociferous demand for banning PETA.