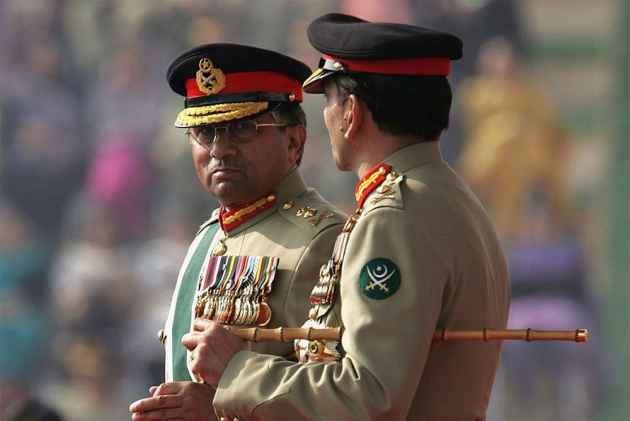 Pakistan's former military dictator Gen Pervez Musharraf says he mulled the use of nuclear weapons against India amid tensions following the 2001 terror attack on the Indian Parliament, but decided against doing so out of fear of retaliation, according to a media report.

Musharraf, 73, also recalled that he had many sleepless nights, asking himself whether he would or could deploy nuclear weapons, the Japanese daily 'Mainichi Shimbun' said.

The former president disclosed that amid tensions between India and Pakistan following the 2001 terrorist attack on the Indian Parliament, he contemplated the use of nuclear weapons, but decided against doing so out of fear of retaliation.

When tensions were high in 2002, there was a "danger when (the) nuclear threshold could have been crossed," the paper quoted Musharraf as saying.

At the time, Musharraf had publicly said that he would not rule out the possibility of using nuclear weapons.

Musharraf also said, however, that at the time, neither India nor Pakistan had nuclear warheads on their missiles, so it would have taken one to two days to make them launch-ready.

Asked whether he had ordered that missiles be equipped with nuclear warheads and put into firing position, he said, "We didn't do that and we don't think India also did that, thank God" -- pointing, perhaps, to a fear of retaliation, the paper reported.

The then army chief Musharraf ousted the then Prime Minister Nawaz Sharif in a coup in October 1999. The army general served as president from 2001 to 2008.

Musharraf has been living in Dubai since last year when he was allowed to leave Pakistan on pretext of medical treatment. He has been charged with involvement in the murder of the former two-time prime minister Benazir Bhutto in 2007.