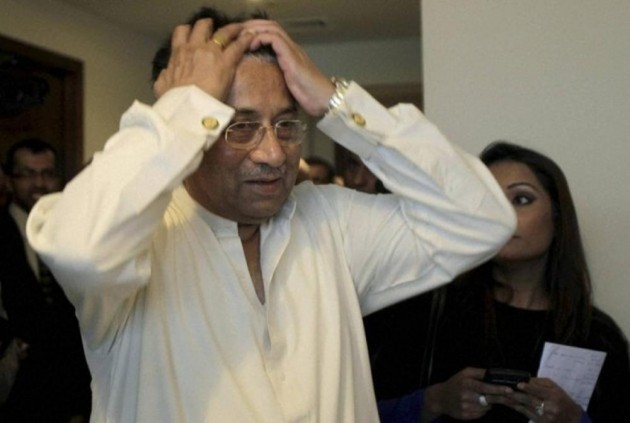 Dancing to the tunes of a Bollywood number is not advisable to a person who had excused himself from his country's courts citing a back-surgery. And certainly not for Pakistan's former Army Chief and President Pervez Musharraf.

A video of the former General which has him grooving to Dilli Waali Girlfriend from the Ranbir Kapoor and Deepika Padukone starrer Yeh Jawaani Hai Deewani has gone viral.

The clip, tweeted by GeoTV journalist Hamid Mir has generated quite the bit of traction on social media with people not very happy with the grooving General.

Musharraf had earlier complained of back-ache when asked to appear before a court. He is facing treason charges in Pakistan.

Do you know who is this man dancing in a night club and where is his pain these days? pic.twitter.com/9R5xVqLTHA

He is facing treason charges in Pakistan for imposing emergency rule in November 2007, arresting judges and limiting their powers. Musharraf is also being tried in murder cases of former Prime Minister Benazir Bhutto, Baloch leader Nawab Akbar Bugti and Ghazi Abdul Rasheed, who was killed during the operation on Lal Masjid in Islamabad which was carried out on the orders of Musharraf.

Musharraf had been on Pakistan's exit-control list since 2013 but was taken off it in September last year. Reports then mentioned that he had influenced Pakistan's then Army Chief General Shareef to lift the sanction.