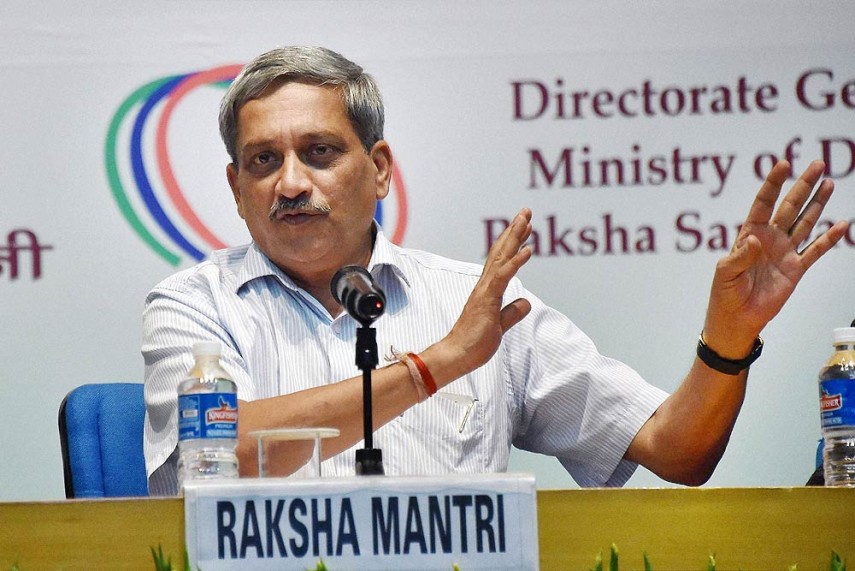 Amid a row over a BSF jawan's allegation of poor-quality food being served to paramilitary troops at border areas, Defence Minister Manohar Parrikar today said he personally monitors quality of food served to Army and has ordered serving of only FSSAI-approved chicken.

Speaking to reporters on sidelines of the Vibrant Gujarat Global Summit, he said he would not be able to comment much about BSF as it comes under Home Ministry.

"But in last two years, for the Army we have been continuously evaluating that whether satisfaction level for the food being served has increased or not. I am myself monitoring it," he said.

The Comptroller and Auditor General (CAG) in 2012-13 had made certain observation in a report and "we are improving it", he said.

While the Home Ministry has ordered a probe into Yadav's claims, the Prime Minister's Office (PMO) too has sought a report from the ministry.

Continue FREE with Ads Pay Rs. 1 to Read Without Ads
READ MORE IN:
Manohar Parrikar National
Next Story : Trump Filled Press-Conference With Paid Staffers Who Cheered As He Bashed The Media
Download the Outlook ​Magazines App. Six magazines, wherever you go! Play Store and App Store