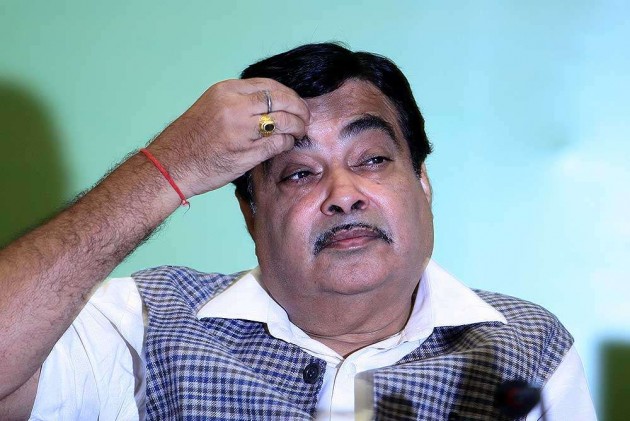 West Bengal BJP today attacked the ruling Trinamool Congress for not giving permission to a rally of Union minister Nitin Gadkari in Malda, which was hit by violence recently, forcing it to shift the gathering to neighbouring South Dinajpur district.

"It is a shame that the state administration has not allowed us to hold the rally of Union minister Nitin Gadkari in Malda, citing that situation is not good in Kaliachak which is quite far away from the proposed meeting venue.

"We feel that the state government is trying to hide something and that is why they are not allowing anyone," BJP state president Dilip Ghosh told reporters here.

Violence broke out in Kaliachak area of Malda on December 3 last year over an alleged remark of a right wing leader. Several vehicles were torched and public properties were destroyed.

Ghosh said that the rally, which was scheduled to be held on January 18 in Malda, will now be held in South Dinajpur district on the same date.

In Malda, district Additional Superintendent of Police, Abhishek Modi said they have not denied permission to the BJP for holding the rally and had only asked the party to produce land use permission from the District Sports Association as the public meeting is scheduled to be held at the DSA ground.

The state BJP chief said,"The state government initially failed to control the incident, later on they tried to hush it up. If they keep on doing such things, matters will worsen further. They must take stern action rather than trying to cover up the incident," Ghosh said.

A team of BJP MPs on Monday was denied permission to visit violence-hit Kaliachak in Malda district, drawing a sharp attack from the party which accused Chief Minister Mamata Banerjee of playing "vote bank" politics and said it will take the matter to the President.

TMC, on the other hand, accused the BJP of trying to communalise the issue ahead of the ensuing assembly poll in the state.

Continue FREE with Ads Pay Rs. 1 to Read Without Ads
READ MORE IN:
Nitin Gadkari National
Next Story : 14-Yr-Old Allegedly Raped By Relatives in UP
Download the Outlook ​Magazines App. Six magazines, wherever you go! Play Store and App Store