People Should be Ashamed For Criticising Anushka, Says Kohli 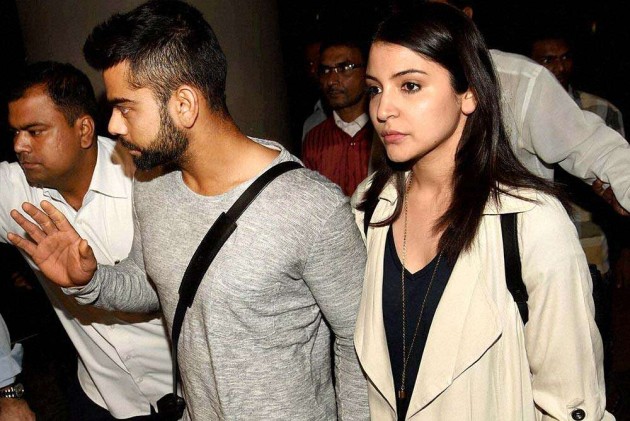 Print
A
A
A
increase text size
Outlook April 10, 2015 14:59 IST People Should be Ashamed For Criticising Anushka, Says Kohli

Deeply hurt with the attack on his personal life after India's cricket World Cup semifinal loss to Australia, Test skipper Virat Kohli today let his emotions speak and lashed out at his critics for blaming his girlfriend Anushka Sharma for his failure.

An emotional-looking Kohli issued a statement after the conclusion of IPL match-eve press conference and said everyone should take note of it.

Kohli has already spoken about the issue at a promotional event in the morning, saying those who blamed Anushka "should be ashamed of themselves", but the Royal Challengers Bangalore skipper apparently felt the need to make an official statement a day before they begin their IPL campaign against Kolkata Knight Riders tomorrow.

"I just want to speak something on this issue and want everyone to take note of it and the stuff that happened after the semifinal after the World Cup," Kohli said.

Kohli was bold enough to mention the name of his actor girlfriend Anushka, a Bollywood heartthrob who was at the centre of controversy after his one-run dismissal in the semifinals.

"The way people reacted towards my personal life and Anushka in particular was really disrespectful. I wanted to put it out there in public. At a human level, I was very hurt and I wanted to express that for quite a long time but I wanted to take a break for a few days," he said.

"For people to react that way and to see whatever they did, blaming her for our loss and my failure was absolutely hurtful for me. It's shameful to see that people can react like that to one loss," he added.

Kohli said at the end of the day, they were also human beings ans should be respected as such.

"It's very important for people to know that we are human beings at the end of the day. We don't aim to become successful... That's not our aim in life. We are doing what we are doing.

"I just wanted to express that and get it out there because it's very important for people to know how we feel about these things and that people should be respected more than they're in these sort of times in our country," he reiterated.

Earlier at a promotional event, Kohli lashed out at his critics, who blamed his girlfriend Anushkha for the team's exit from the World Cup, stating that they "should be ashamed of themselves" as "no one has won more matches" than him in the last five years.

Kohli, opened up for the first time since the World Cup exit, after which his filmstar girlfriend took a lot of unnecessary flak in various social networking sites.

"At a human level, I would say I was hurt and the people who said those things and the way they said should be ashamed of themselves," Kohli said at a promotional event of his IPL side Royal Challengers Bangalore, in reference to the abuse that the Bollywood star had to face after Kohli's poor show in the semi-final

Kohli was unusually open during his interaction with media today as he didn't forget to mention his performance during the past five years.

"Personally, I was very disappointed. In last five years, the number of matches I've helped India win and consistently I've played is more than anyone else in the team. I don't think there's anybody else in the team who has done better than me," Kohli answered with same swagger that one finds in his batting.

Kohli feels that now he knows "whom to trust" after the public outrage over his poor show against Australia in the semi-final of the World Cup.

"To see those reactions after just one match was very disappointing for me personally. It makes you lose faith in a lot of people. It's a good thing in a way. You get to know who's with you and who's not. It was not in my control. But the reactions were very disappointing," Kohli said at the function where RCB announced its tie-up with home appliances brand Midea.

Taking a dig at the media, Kohli sarcastically remarked that there are different parameters for different players when it comes to dip in form.

"It's funny that I never know when my rough patch comes but you make the judgement. In my case, if I don't do well in two games, it's dip in form but if some other player performs two games out of 10, they come back in form," Kohli said sarcastically.

"So I don't get the balance and I really don't pay attention to it. It's about how you hit the ball on that particular day," he said in his usual dismissive self.