'People Only Concerned For the Nation. Is the Nation Concerned About Stone-Pelters, Their Future?' Asks Abdullah 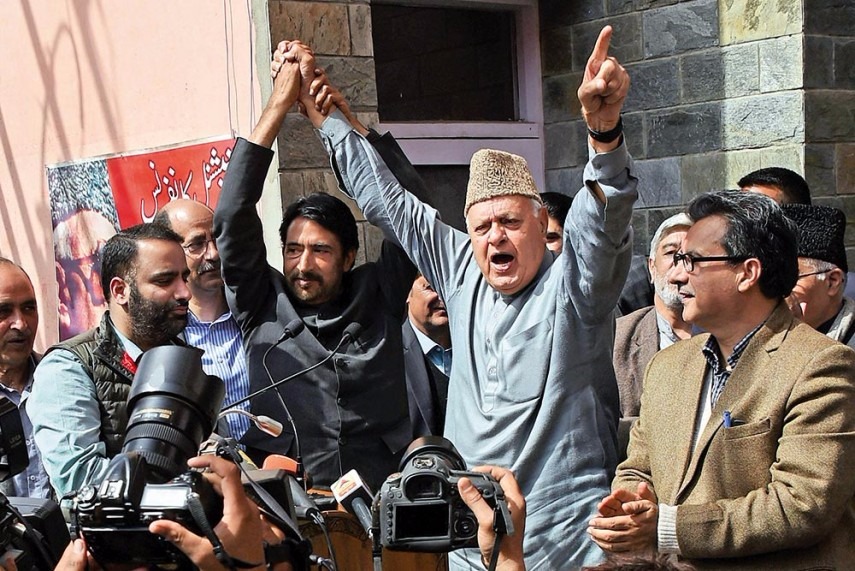 Print
A
A
A
increase text size
Outlook April 14, 2017 14:42 IST 'People Only Concerned For the Nation. Is the Nation Concerned About Stone-Pelters, Their Future?' Asks Abdullah

Virtually defending stone-pelters in Kashmir, National Conference chief Farooq Abdullah today claimed that all stone-pelters are not the same and questioned whether the nation is concerned about them and their future.

Abdullah lost his cool after a volley of questions by journalists at a function here over his tacit support to stone-pelters and preaching soft separatism to garner votes for his election, and later refused to answer further questions and left in huff.

He was asked whether he was playing with the sentiments of the nation by supporting stone-pelters.

Quizzed about his encouragement to stone-pelters who he had said "pelt stones for the nation", Abdullah said "every stone-pelter is not like this (who hit CRPF jawan)".

"Let us not generalise the situation. There are many stone-pelters who are probably government-paid. They resort to stone-pelting so that people do not come out and vote. You have to investigate that. Do not paint everybody with same brush," he said.

Replying to another question over a video of Kashmiri youth assaulting a CRPF jawan in Kashmir, he said, "I think it is unfortunate and tragic. It should have not happened. I am grateful to that CRPF man who did not react. He kept calm and that was a good thing. He avoided the situation which could have become nasty".