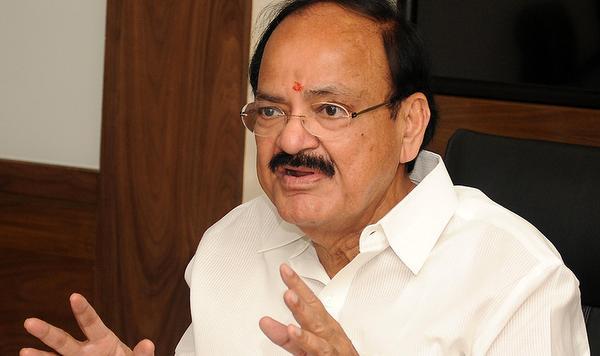 Union minister M Venkaiah Naidu today slammed the Congress for boycotting the Parliamentary session for GST roll out and said the opposition party has been isolated as people are "very happy" with the uniform tax structure.

Naidu said though Congress was instrumental in introducing the Goods and Services Tax Bill, it is now opposing it.

"People are supporting Prime Minister Narendra Modi for taking good decisions. People are very happy about the GST. It is unfortunate that Congress, which was instrumental in introducing the Bill, decided to boycott the session for no reason." Naidu told reporters here.

He was here to take part in the valedictory function of 'Textiles India 2017', held at Mahatma Mandir here.

"There was no reason for Congress to boycott the function. Congress was totally isolated, as several allies of past UPA regime, such as Samajwadi Party, were also present. I appeal Congress leaders not to trivialize the issue," Naidu told reporters after his speech at the function.

"Presidential election is all about the capacity, conduct and commitment towards the Constitution. However, Congress says they are fighting a battle of ideologies. Which ideology they are referring to? The ideology of imposing emergency on people or failing to alleviate poverty?" he asked.

"Since many non-NDA parties, such as JD(U) and YSR Congress, are with us, we are confident that Kovind will win the election. Congress will only get disappointment," Naidu added.