People Are Being Killed in J&K, What Is Govt Doing To Bring About Normalcy, Asks Congress 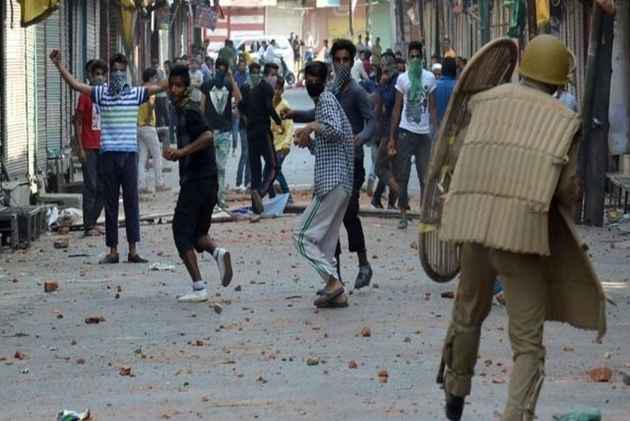 Print
A
A
A
increase text size
Outlook July 19, 2017 14:26 IST People Are Being Killed in J&K, What Is Govt Doing To Bring About Normalcy, Asks Congress

Critical of the government's handling of Jammu and Kashmir, the Congress on Wednesday demanded that it take the nation into confidence and spell out the steps being taken to bring normalcy in the state.

Rejecting the government's claim that the situation in Jammu and Kashmir had improved, the party's senior spokespersons, Ghulam Nabi Azad and P Chidambaram, said in a statement that casualties had been reported from the state everyday since July 10.

"The Congress repudiates the government's claim and calls upon the government to take the nation into confidence and disclose what it is doing to bring about normalcy in Jammu and Kashmir," the two leaders said in the joint statement.

Eight pilgrims, six jawans and a child had been killed in July in the state, besides many incidents of clashes between civilians and security forces injuring numerous persons, they pointed out.

"Yet the government claims that the situation in Jammu and Kashmir has improved. Such a claim defies belief and common sense.

"The statement made by the Government yesterday is wrong, misleading and clearly at variance with the situation on the ground," Azad and Chidambaram said.

The leaders were referring to Minister of State for Home Hansraj Gangaram Ahir's reply to a written question in the Lok Sabha on the situation in the state.

The Congress has been critical of the Central government as well as the PDP-BJP ruled state government over the handling of the situation in Jammu and Kashmir. It also called for taking all parties and stakeholders into confidence to help bring normalcy to the state.

The party fears the situation is going out of control in Jammu and Kashmir and has favoured initiation of dialogue with various stakeholders.

Kashmir has been on the boil since the death of terrorist Burhan Wani in an encounter with the police last July.

Chidambaram had on Sunday criticised the "maximalist" approach of the central government in Kashmir.