Pawar Agreed to Ally With Sena in Assembly Polls: Joshi 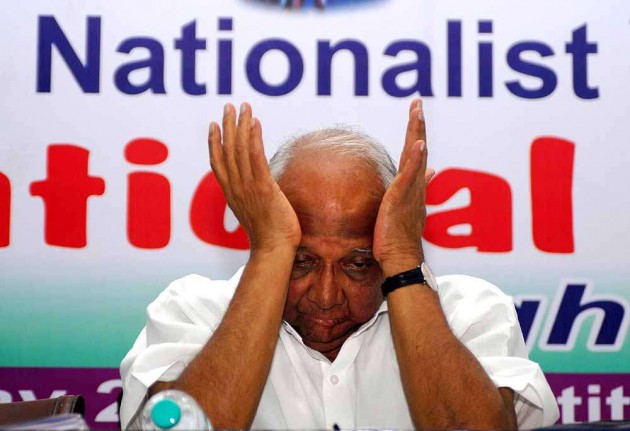 Print
A
A
A
increase text size
Outlook April 19, 2014 10:29 IST Pawar Agreed to Ally With Sena in Assembly Polls: Joshi

Senior Shiv Sena leader Manohar Joshi today claimed that NCP chief Sharad Pawar had agreed to an alliance with his party in the last Assembly elections in Maharashtra.

"In the 2009 State Assembly polls, Pawar had expressed his willingness to have an alliance with Shiv Sena," Joshi, former Lok Sabha speaker, told PTI here.

Asked whether it was Pawar or the Sena which had initiated the move, Joshi said he could not recollect that now. "I was asked by Uddhavji (the present Sena president Uddhav Thackeray), to hold talks with Pawar and I did," Joshi said.

"Pawar later backed out. I don't know why," the former chief minister said.

However, Shiv Sena refuted Joshi's claims that party president Uddhav Thackeray had approved of an alliance with NCP chief Sharad Pawar in 2009.

When asked if any such an alliance is possible in future, Desai said, "Only Joshi can predict the future. How will I talk about it."

Reacting to Joshi's claim, NCP spokesperson Nawab Malik said, "Joshi does not have a place in Shiv Sena. He has been sidelined in the party. He was denied Rajya Sabha and Lok Sabha tickets by that party. He is trying to create a space for himself in the party through such baseless allegations."

He also said that because of old age, Joshi was suffering from "memory loss".

Joshi's revelations follow claims by senior Sena-BJP leaders Uddhav Thackeray and Gopinath Munde that Pawar wanted to join NDA. "The only leader waiting for anything is Pawar himself, and he has been waiting to join the NDA," Munde had said, reigniting the controversy initiated by Sena chief Uddhav Thackeray, who claimed that it was due to his opposition that Pawar could not join the NDA.

Munde said Pawar had indeed approached NDA leaders. "I spoke to Uddhav about it and then to other alliance partners in Maharashtra. And we all decided together that we would not allow Sharad Pawar and his NCP to join the NDA," the BJP leader said.