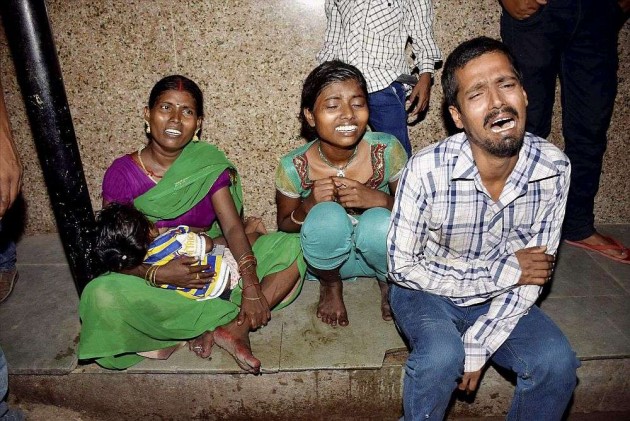 RJD president Lalu Prasad today said the stampede outside Gandhi Maidan which left 33 dead appears to be a result of administrative "lapse" and expressed dismay over the administration's inability to make foolproof arrangements despite several unpleasant incidents in the past at the grounds in the heart of the capital.

"Stern action shall be taken against officials found guilty...I am keeping a watch over the event," he said.

"From the beginning we have been demanding that height of the boundary wall of the Gandhi Maidan should be lowered and there should be more and more entry and exit points in the maidan," Prasad said.

The RJD is extending support to Jitan Ram Manjhi Government in Bihar.

Prasad said he was very sorry that he could not reach Patna due to health problem.

He repeated the helpline number 0612-2219810 released by the district administration for the relatives of the stampede victims.

The centre too has offered a helping hand to the victims.

"The Bihar Chief Minister apprised me of the latest developments," Singh tweeted.

Singh assured Manjhi of all help from the Centre including medical assistance and asked him to provide medical treatment to the injured.

Soon after the stampede last night, Singh had spoken to Manjhi.