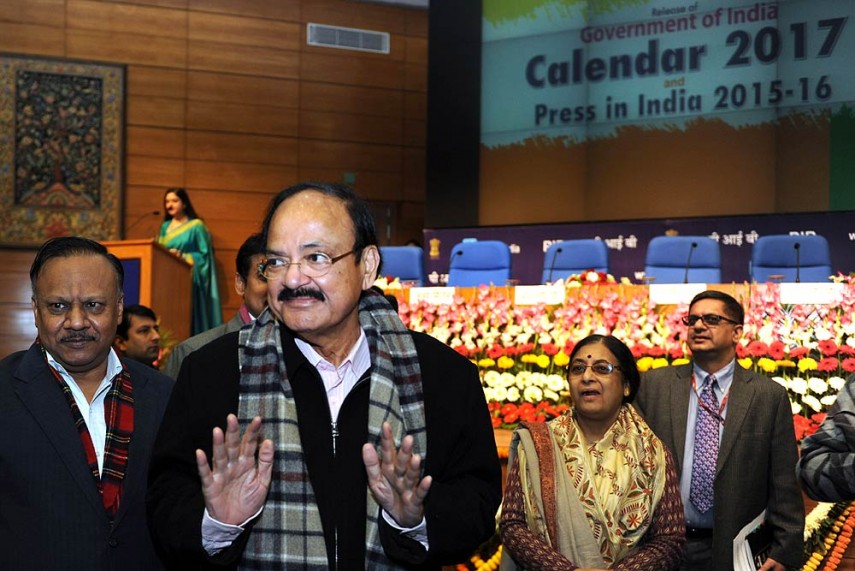 After BJP leader Vinay Katiyar stoked a controversy by saying his party has more beautiful women campaigners than Priyanka Gandhi, Union Minister Venkaiah Naidu today asserted that nobody is expected to make personal comments on women and the party does not approve it and it was "unacceptable".

Asked about the demand for an apology made by Robert Vadra and Congress, the Union Information and Broadcasting Minister said people criticising do not have any moral right as they have called Prime Minister Narendra Modi by different names.

"I do not know who made this comment. I saw it in television that Vinay Katiyar name is coming and Sharad Yadav's name is coming. Nobody is expected to make any personal comments particularly on women. We do not approve it at all. Party does not approve and appreciate any such comments.

"The party does not subscribe. Whoever it is whether it is Priyankaji or somebody else, it is a different matter. Woman is a woman. We are all political rivals. We are not enemies also. We have to respect to get respect. All such comments are not acceptable to the party," he told reporters during an interaction at the Indian Women's Press Corps.

Stoking a controversy, senior BJP leader Vinay Katiyar today said there were "more beautiful women star campaigners than Priyanka Gandhi" in his party, provoking a sharp response from the leader who said his 'sexist' remarks exposed the saffron party's mindset towards women.

In a lighter vein, when asked about the demand of an apology made by Robert Vadra, Naidu asked who has made the demand to which reporter said Robert Vadra. To this Naidu said,"Who is he?

"We will see what exactly he has said. I am not justifying anything at all. But these people who are criticising, they have no moral right. They called Narendra Modi by names like Hitler, Moussolini, Gaddaffi and impotent also.

"Former external affairs minister of a country called the Prime Minister an impotent. They do not have the right to preach others. I do not want to say anything on any person who is not in politics. Whoever has given such statement, that is not acceptable," he said.

Asked about Priyanka being named as a star campaigner by Congress for UP polls, Katiyar said, "It doesn't matter... there are girls and women who are more beautiful than her (Priyanka) and are also star campaigners."

"Some of them are artists and heroines...They are more beautiful than her," he said, adding that "I think Smriti Irani is beautiful and she is also campaigning."

Reacting to his statement, Priyanka Gandhi said, "If that's all BJP sees in my colleagues who are each strong, brave and beautiful women that have battled through all sorts of hardships to get where they are, then he makes me laugh even more. Because he exposes the BJP's mindset towards the better half of the population of India!!