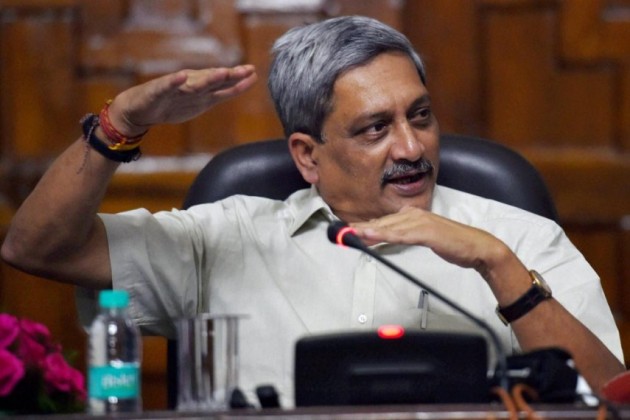 The entry of former Congress legislator Pandurang Madkaikar into Goa BJP, has led to a war of words between two union ministers Manohar Parrikar and Sripad Naik, with the latter claiming that he was not consulted on the latest induction.

"I was not consulted before taking decision to allow Madkaikar enter the party. I was just told at the last minute. I was not in favour of the decision," Naik told PTI today.

Naik is apparently upset as his son Siddhesh was hopeful for a ticket from Cumbharjua constituency which was represented by Madkaikar before joining the BJP.

Madkaikar joined the party last week after which Parrikar had addressed the Vijay Sankalp rally in Cumbharjua constituency during which he amply made it clear that the three-time MLA (Madkaikar) would be contesting on the BJP ticket from that constituency.

However, Parrikar claimed, talking to mediamen yesterday that "as far as Sripad Naik is concerned he was totally taken into confidence before the decision (of Madkaikar's entry) was taken."

Naik, who is union AYUSH minister, however, claimed that he was consulted just as a formality.

He said he was informed after the decision was taken.

"Such induction is against the principles of the party. I will take up the matter before party leaders in Delhi," Naik said.