Parrikar Allots Portfolios To Goa Ministers, Keeps Home, Finance And Education With Himself 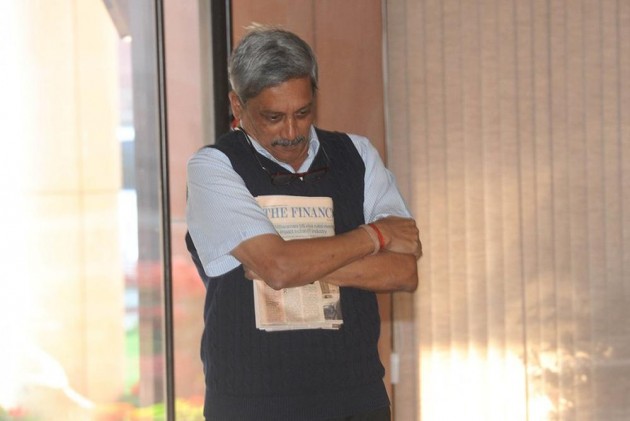 Print
A
A
A
increase text size
Outlook March 21, 2017 10:55 IST Parrikar Allots Portfolios To Goa Ministers, Keeps Home, Finance And Education With Himself

Goa Chief Minister Manohar Parrikar today kept Home, Finance and Education with him as he allotted portfolios to his nine cabinet colleagues from the BJP and its allies.

The portfolio distribution came ahead of the presentation of the state budget on March 24.

Last week, Parrikar won a crucial floor test in the Assembly after the BJP succeeded in securing the number of legislators required for government formation by enlisting the support of the Maharashtrawadi Gomantak Party (MGP), the Goa Forward Party (GFP) and Independents, after the polls threw up a hung verdict.

While Parrikar has kept the crucial portfolios such as Home, Finance and Education with himself, he has allotted one each to the nine ministers.

Former deputy chief minister and BJP leader Francis D'Souza was given the Urban Development portfolio while his colleague in the BJP Pandurang Madkaikar was assigned the charge of the Power department.

Among the BJP's allies, MGP MLA Sudin Dhavalikar was given the charge of the Public Works Department, which was under him in the previous BJP-led government in the state headed by Laxmikant Parsekar.

Another MGP leader, Manohar Asgaonkar, will be the Tourism Minister.

All three MLAs of another BJP ally, the GFP, were also allotted ministries.

Three of the two Independent MLAs -- Rohan Khaunte and Govind Gawade -- have been given the charge of the Revenue and the Art and Culture departments respectively.

Three MLAs each of the MGP and the GFP, besides three Independent legislators, are supporting the BJP-led coalition government in the coastal state, while NCP's Churchill Alemao is providing outside support.

The Parrikar-led government was sworn in on March 14, two days after the BJP staked claim to form government in Goa, despite ending up behind the Congress in the recently-concluded Assembly polls.

The Parrikar government proved its majority on the floor of the House on March 16 by winning the trust vote with the support of 22 legislators.