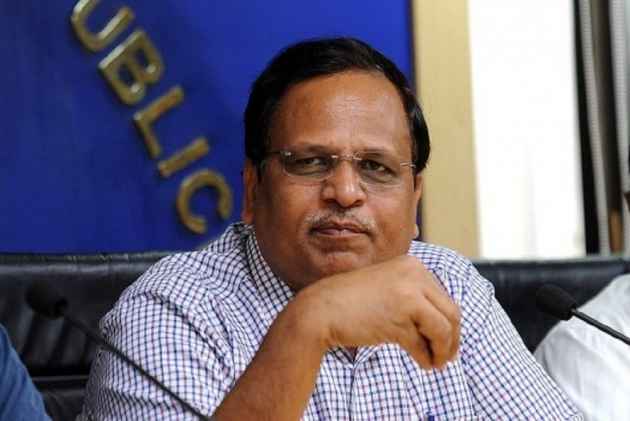 Two men today hurled paper missiles inside the Delhi Assembly while a session was underway, leading to a scuffle in which they were allegedly thrashed by some AAP legislators.

The two men, wearing headgear were sitting in the Visitors' Gallery when suddenly they threw paper missiles inside the House and raised 'Inquilab Zindabad' slogans.

Soon after the interruption, the security whisked them away even as AAP lawmakers demanded strict action against the two men for violating the sanctity of the House.

They were later identified as Rajan Kumar and Jagdeep Rana. In the note found printed inside the paper missiles, the duo has claimed that they were AAP workers and took the step as they were unhappy with the Arvind Kejriwal-led party and the alleged "corruption cases" against Delhi Minister Satyendra Jain.

As the duo was being taken away, some of the AAP MLAs including Nitin Tyagi, Amanatullah Khan and Jarnail Singh stepped out of the House amid scenes of uproar and chaos.

As the duo was being taken away by security personnel, some of the AAP MLAs then jumped on to these men and allegedly thrashed them.

The police personnel present in the Legislative Assembly premises then sought to bring the scuffle to an end, which lasted for nearly 30 minutes.

The House was briefly adjourned after the incident and the proceedings were later resumed.

During the proceedings after the scuffle, AAP MLA Saurabh Bhardwaj moved a motion seeking action against the duo, which was approved by the lawmakers of the AAP and the BJP present in the House. The Speaker then issued the order.

One of the duo, assaulted in the scuffle, was later seen being taken in an ambulance.