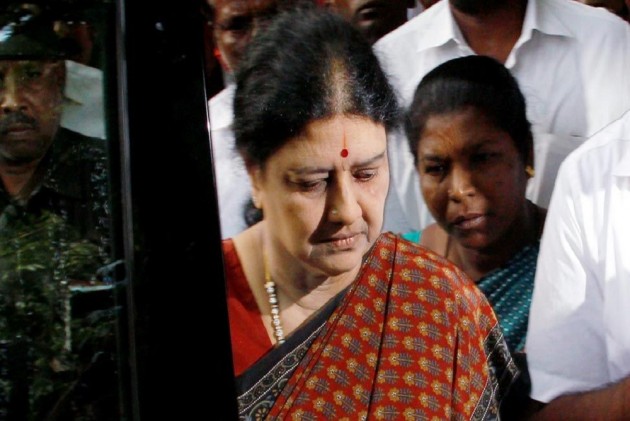 Stepping up its attack on V K Sasikala, the AIADMK faction led by O Panneerselvam on April 25 demanded that her portraits be removed from the party headquarters here.

"The portraits of Sasikala should be immediately removed from the party headquarters to uphold its sanctity," said E Madusudanan, the 'Presidium Chairman' of the faction in a statement.

The senior leader's demand came a day after his camp sought removal of Sasikala, her nephew and deputy T T V Dhinakaran and their family members from the AIADMK prior to merger talks with the other faction led by Chief Minister K Palaniswami.

The Panneerselvam camp had on Monday once again raised its demand for a CBI probe into the death of former Chief Minister J Jayalalithaa.