Pakistan Violates Ceasefire Again, The Fifth Time In The Past 11 Days 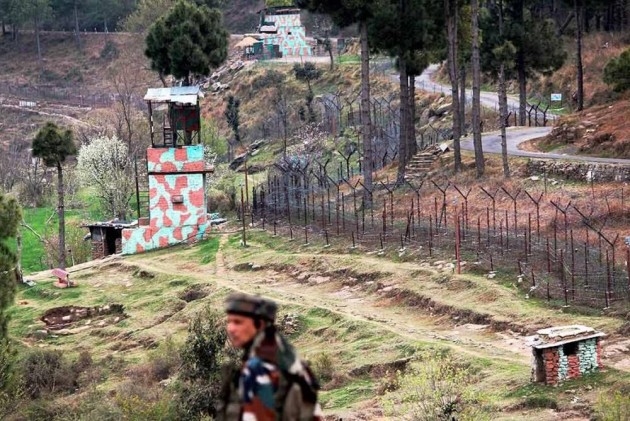 Print
A
A
A
increase text size
Outlook March 19, 2017 11:12 IST Pakistan Violates Ceasefire Again, The Fifth Time In The Past 11 Days

Pakistani troops today violated the ceasefire twice by firing from automatic weapons along the LoC in Bhimbher Gali and Balakote sectors of Jammu and Kashmir, drawing retaliation from the Indian Army.

"There was unprovoked ceasefire violation by Pakistan Army in Bhimbher Gali and Balakote sectors from 0600 hours to 0645 hours using 2 inch mortars and automatic weapons", a Defence Spokesman said today.

This was the fifth ceasefire violation along the LoC in Poonch-Rajouri belt in the past 11 days.

On March 13, there was unprovoked ceasefire violation by Pakistan Army in Poonch sector by using 82 mm mortars and automatic weapons.

On March 12, Pakistani troops had resorted to ceasefire violation by firing 82 mm mortars in Krishnagati sector along LoC in Pooch district. On March 9,

An Army jawan was killed on March 9 when Pakistani soldiers initiated indiscriminate and unprovoked firing on Indian Army posts along the Line of Control (LoC) in Poonch sector.