The Pakistan Army resorted to mortar shelling and firing for the second consecutive day, which has affected over 10,000 people and displaced over 1,100 border residents. 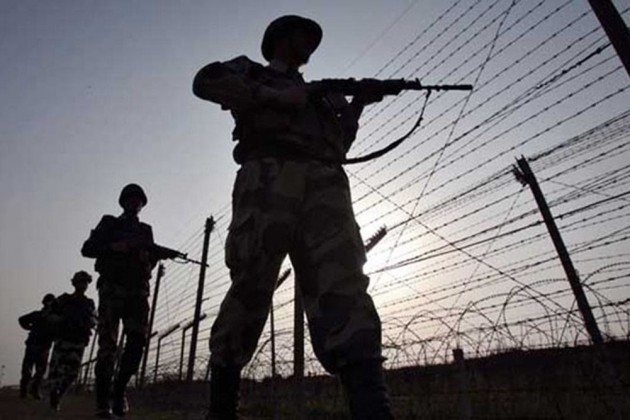 The Pakistan Army resorted to mortar shelling and firing for the second consecutive day today along the LoC in Jammu and Kashmir's Rajouri district, which has affected over 10,000 people and displaced over 1,100 border residents.

The Pakistan Army had yesterday pounded civilian areas and forward posts along the LoC in Nowshera area with mortars, killing two civilians and injuring three.

Warning Pakistan of fierce retaliation to any mischief being engineered from its soil, Union minister Jitendra Singh said Indian Army is giving a befitting reply to Pakistani ceasefire violations along LoC.

"Pakistani Army has resorted to indiscriminate firing of small arms, 82 mm and 120 mm mortars from 0645 hours along the Line of Control in Rajouri sector," a defence ministry spokesperson said today.

"The Indian Army posts are retaliating strongly and effectively. The firing is presently on," he said.

"Heavy shelling started in Manjakote area of Rajouri at 0620 hours. More than seven villages have been affected," he said.

"Fresh ceasefire violation was reported at Manjakote and Chingus areas at 0620 hours today morning. Chhotibakri village in Doongi area received more than 30 shells near habitations however no loss of life or injury was reported," he said adding, three cattle were reported dead.

In Tarkudi area 14-15 shells were fired however no loss was reported. A team headed by Assistant Commissioner, Revenue Paramjeet Singh comprising a dozen officers from essential services visited and camped in various areas of Majakote.

"In Niaka-Panjgrain village of Manjakote 3-4 shells were dropped in cross-border shelling. More than 40 shells landed in various areas of Manjakote where 3 houses were damaged. A team of officers headed by Assistant Commissioner, Defence visited various affected areas of Doongi-Chingus," he added.

"More than 2,694 families comprised of 10,042 persons have been affected in shelling which lead to 3 deaths, 6 injured, 65 livestock dead and damage to standing crops apart from nearly 45 partially and severely damaged houses in Pakistani shelling on May 11, 13 and 14," the DC said.

The district administration provided immediate relief of Rs 1 lakh each to the next of kin of the dead and financial assistance to the injured, he said.

Overall, of 64 villages along LoC in Rajouri, 23 are located in Nowshera sub-division where 8 villages are badly affected and remaining 15 villages sustained minor losses, while five villages in Doongi and nine villages in Manjakote have been affected, he added.

The administration has so far shifted 1,114 people of 298 families in five different relief camps established in Nowshera in wake of cross-LOC shelling, he said.

"Eight villages of Nowshera have been badly affected by heavy shelling which include Khamba, Sarya, Bhawani, Kalsian, Manpur, Danaka, Khori and Ganya. More than 1,000 people have been shifted to camps in last 24 hours", he added.

The DC inspected all the camps and supervised relief and evacuation process in forward areas.

DC said six teams of veterinary surgeons and paravets visited forward areas where more than 50 injured animals were treated. More than 12 animals were reported dead. He has also deputed inter-departmental teams for exact assessment of losses.

"Fourteen buses, seven mini-buses, 14 other vehicles were pressed into action for evacuation with forward areas evacuated through bulletproof bunkers," he said.

DC said that the administration is prepared for making more relief camps functional as more than 25 buildings have been earmarked. He added that classwork of migrant students and local students will be resumed this week to ensure that education doesn't suffer.

"Risking their lives officials and police evacuated over 1,100 people from affected villages and shifted them to various camps established by administration where facilities of ration, cooking, drinking water, sanitation, first aid and proper accommodation have been provided," Choudhary said.

So far, three camps have been made operational and 28 others notified in wake of expected migration from affected villages, Choudhary said.

"Six ambulances have been pressed into action for shifting of injured and treatment. One mobile medical unit was stationed at Nowshera and another deputed to forward areas," he added.

Around 120 officers from various departments have been deployed to organise facilities at relief camps.

The government had last month said that Pakistani security forces had violated the ceasefire 268 times in the last one year. The ceasefire between India and Pakistan came into force in November, 2003.

Union minister Singh said "What Pakistan has been doing is known to everybody. They have held a hostile attitude not only at this time but for past 70 years. But difference now is, and people living on border are testimony to it, that the kind of retaliatory action which is being given by Indian side, was not seen for the decades together".