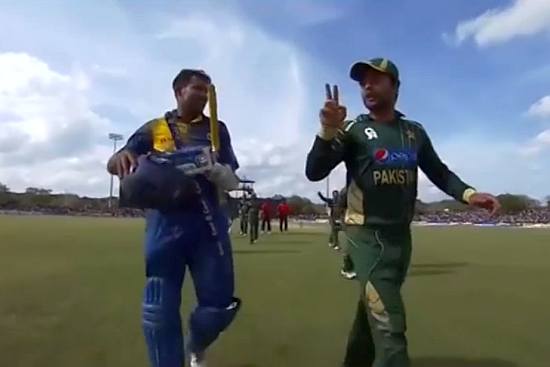 Pakistan today said it has set up a committee to look into a religious spat between their opener Ahmed Shahzad and Sri Lankan counterpart Tillakaratne Dilshan last month.

After Sri Lanka notched a seven-wicket win to take the series 2-1 and the players were walking off the field, Shahzad can be heard on camera saying to Dilshan: "If you are a non-Muslim and you turn Muslim, no matter whatever you do in your life, straight to heaven."

Dilshan replied he doesn't want to go there, to which Shahzad replied: "Then be ready for the fire."

The remarks stemmed from reports that 37-year-old Dilshan was born to a Muslim father and a Buddhist mother and was originally named Tuwan Mohamed Dilshan.

But once his parents separated he changed his religion and name to Tillakaratne Mudiyanselage Dilshan as a Buddhist.

The footage went viral on the Internet, prompting the Pakistan Cricket Board (PCB) to summon Shahzad on Wednesday.

A PCB spokesman said the matter will be investigated by an internal committee headed by director of international cricket Zakir Khan.

"We have formed an internal committee under Zakir and have also written to Sri Lanka Cricket whether they have any complaint," said spokesman Agha Akbar.

"It happened on the last day of the tour but there as no official complaint by match officials or Sri Lankan players so I think it must be a general thing," said Moin.