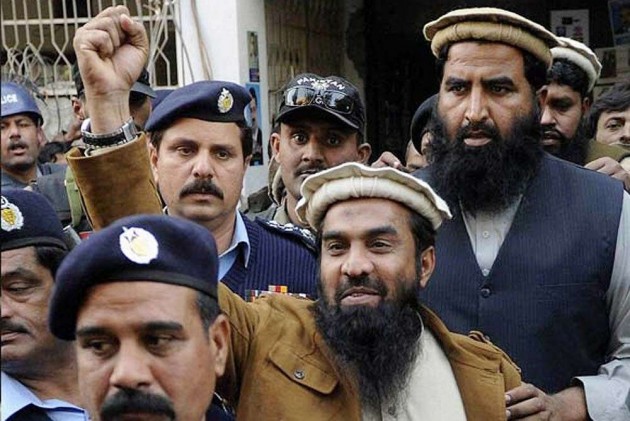 His remarks comes just two days after Prime Minister Narendra Modi and his Pakistani counterpart Nawaz Sharif in a meeting in Ufa, Russia agreed to discuss ways and means to expedite the Mumbai case trial (in Pakistan), including additional information like providing voice samples.

"The government will not file a fresh petition in the trial court requesting for obtaining voice sample of Lakhvi," he added.

This declaration from the prosecution's team shows that Pakistan may not go an 'extra mile' in bringing the accused of the Mumbai attack to justice despite Prime Minister Sharif's commitment in Ufa to his Indian counterpart in this regard.

"We have told India in writing that there was no law in Pakistan that allows obtaining a voice sample of an accused. Even there is no such law in India and the USA," Chaudhry said, adding such a law can be introduced only through the Pakistani parliament.

Information Minister Pervaiz Rashid has also not shown government's intention to take this matter to the parliament.

"Pakistan has included the Mumbai issue in the joint statement because we wanted India to provide us 'solid evidence' against the accused for their prosecution," Rashid said, expressing his government’s strong resolve against terrorism.
"Pakistan is prosecuting those allegedly involved in Mumbai attack case. But we need evidence. After the joint statement of Pakistani and Indian prime ministers the onus of providing evidence is on India," he said when asked whether the government would bring a legislation regarding recording of voice sample.
The minister said India had not yet provided Pakistan "solid evidence".
Lakhvi's counsel Raja Rizwan Abbasi said the government was knocked off over the voice sample issue in 2011.
"Unless it goes for a legislation in the parliament in this regard the voice sample of his client has become a history," he said.
Lakhvi has been released on bail since April 10. He and six other accused - Abdul Wajid, Mazhar Iqbal, Hamad Amin Sadiq, Shahid Jameel Riaz, Jamil Ahmed and Younis Anjum - have been in Adiala Jail for nearly six years in connection with planning and executing the Mumbai attack in November, 2008 that left 166 people killed.
India has been upset over the almost non-existent trial in the 2008 Mumbai attack case, with even the mastermind Lakhvi being released by the court as the Pakistan government failed to furnish the required evidence.
Continue FREE with Ads Pay Rs. 1 to Read Without Ads
READ MORE IN:
Zakiur Rehman Lakhvi International
Next Story : Over 65% Elderly Indians Face Neglect in Old Age: Study
Download the Outlook ​Magazines App. Six magazines, wherever you go! Play Store and App Store