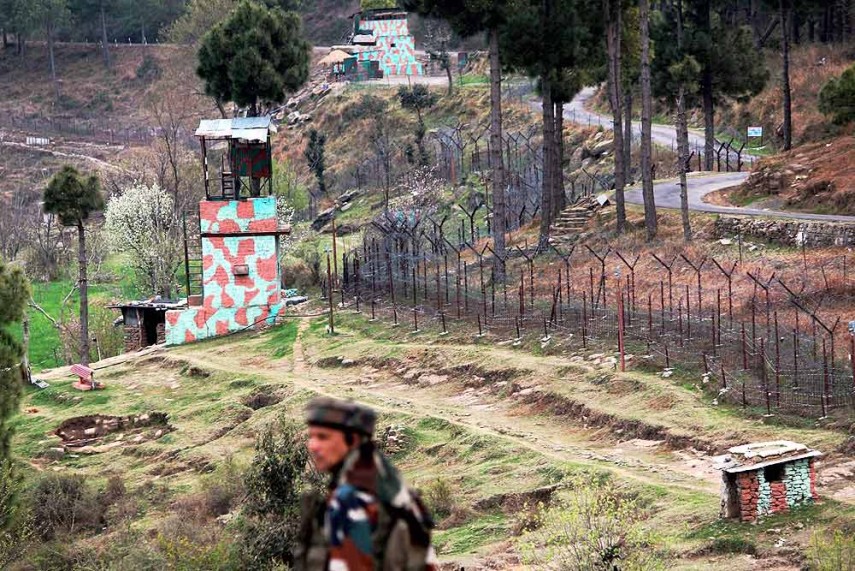 "There was ceasefire violation by Pakistani troops along the LoC in Naushera sector of Rajouri district", a Defence Spokesman said.

Indian troops guarding the LoC retaliated, he said, adding no one was injured in the ceasefire violation.

There have been 29 ceasefire violations along the LoC in Jammu and Kashmir after surgical strikes by the Army in PoK to dismantle terror launching pads.

On October 16, Pakistani troops had violated the ceasefire twice along the LoC in Naushera and Rajouri sectors in which one jawan was martyred.

On October 8, Pakistani troops had fired on forward Indian posts along Mendhar-Krishnagati sector in Poonch district resulting in injuries to a jawan.

Pakistani troops had on October 5 violated the ceasefire thrice and resorted to heavy firing and mortar shelling targeting several Indian posts and civilian areas in three sectors of Poonch and Rajouri districts.

Pakistani troops had on October 4 targeted 10 forward areas with mortar shells in four areas of Jammu, Poonch and Rajouri districts.

They shelled mortar bombs and opened fire from small and automatic weapons in Jhangar, Kalsian, Makri in Noushera sector of Rajouri district and Gigriyal, Platan, Damanu, Channi and Palanwala areas of Pallanwala sector of Jammu district and Balnoi, Krishnagati in Poonch district.

Pakistani troops had on October 3 violated the ceasefire four times and restored to heavy firing and mortar shelling in Saujian, Shahpur-Kerni, Mandi and KG sectors in Poonch district.

On October 2, Pakistan resorted to firing and shelling along LoC in forward areas in Pallanwala belt of Jammu district.