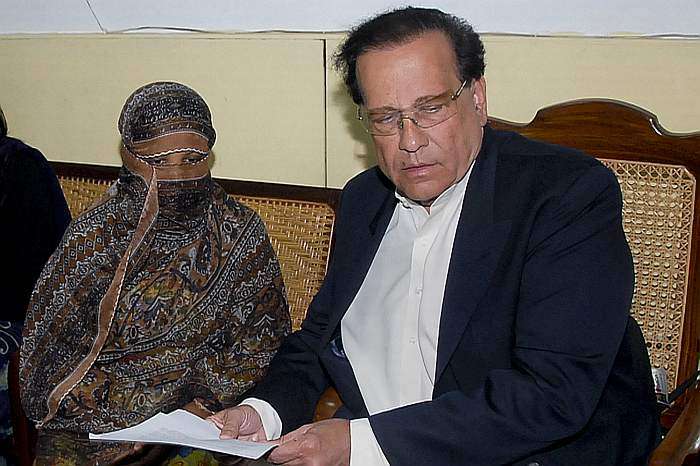 A former commando of the Punjab Police's Elite Force, convict Mumtaz Qadri shot Taseer 28 times in January 2011, in an upmarket locality of Islamabad for allegedly criticising the controversial blasphemy laws.

He was arrested and tried by anti-terrorism court which awarded him death sentence same year. He then challenged the ruling in Islamabad High Court.

The Islamabad High Court earlier this year rejected Qadri's appeal against his death sentence under the Pakistan Penal Code (PPC) but accepted his application to void the Anti-terrorism Act's (ATA).

It was said at that time that he was not convicted under terrorism and thus he could not be hanged as government had only lifted moratorium on execution in cases of terrorism.

However, in March, the execution of all convicts was announced.

Qadri made final appeal in the Supreme Court where a three-member bench headed by Justice Asif Saeed Khosa rejected his appeal and also rejected the Islamabad High Court decision to remove clauses of terrorism in the case.

It means that he is now convicted under both the PPC and anti-terrorism laws.

The court rejected the plea by Qadri's lawyer that blasphemy was a religious issue and anyone can take action if his religious sentiments were hurt.

Earlier on Monday, the Supreme Court has ruled that criticising Pakistan's blasphemy laws do not amount to committing blasphemy and that the entire defence of Qadri will be irrelevant if his lawyer failed to prove that Taseer committed blasphemy.

Taseer was shot dead after he criticised the blasphemy laws following a visit to Asia Bibi, a Christian women convicted of blasphemy.

After the Supreme Court verdict, fate of Qadri has almost been sealed but he still has a thin ray of hope as he can file mercy appeal with the president of Pakistan.

He would be hanged if the mercy appeal is rejected and the president is bound to take consent of the relatives of the victim before pardoning a killer.

Blasphemy is a sensitive issue in Pakistan, with even unproven allegations often triggering mob violence.

The controversial law was introduced by former military dictator Zia-ul Haq in 1980s and so far hundreds of people have been charged under them.