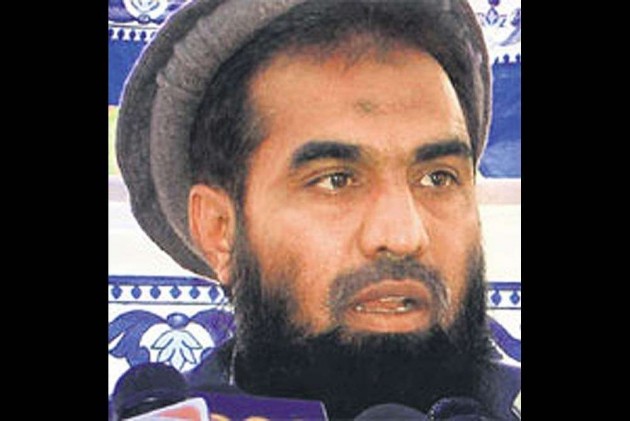 Pakistan may not re-challenge the bail to Mumbai attack mastermind Zaki-ur-Rehman Lakhvi, a senior official said today citing the government's "own weakness" for not seeking bail revocation, even as the deadline to conclude the 26/11 case ended over a month ago.

The Islamabad High Court had set a two-month deadline last April for conclusion of the Mumbai attack case while disposing off the government's plea to cancel Lakhvi's bail.

The High Court had also declared that it would cancel Lakhvi's bail if the trial court failed to conclude the case within two months around mid-June.

However, one-and-a-half month has passed from the period of the High Court's deadline but there is no official word about the government's plan to re-challenge Lakhvi's bail.

"The government is unlikely to re-challenge the bail to Lakhvi. Basically, the High Court had also observed while disposing off the government's plea that 'if the defence lawyers of Lakhvi were found responsible for delay in the case then the court will cancel his bail but the situation on ground is altogether different," a senior government official told PTI on condition of anonymity.

He said the delay in the case was on the part of some members of the prosecution team who were being paid by the government handsomely for their appearance for every hearing.

"How can the government re-challenge the bail to Lakhvi after passage of HC's two-month deadline (to conclude the trial) when some of its own prosecutors are responsible for delay in the case," he said.

The government had hired Lahore-based lawyers Misbah-ul- Hassan Qazi and retired Justice Akram Qureshi a few months ago as prosecutors in the Mumbai attack case primarily to "actively" pursue the case.

"But that did not happen. Both Qazi and Qureshi are charging a 'huge amount' for appearance on each hearing besides signing a basic contract (of the case) that runs into millions of rupees as fee. More the hearings of the case, the more their charge will be," the official said, ruling out the government's plan to re-challenge the bail to Lakhvi because of "its own weakness".

The Indian government has protested the slow progress in the trial proceedings and its criticism increased after the release of Lakhvi on bail in December last year.

Qazi and Qureshi have filed their claim of Rs 30 million each as fees from the prosecution agency, the Federal Investigation Agency. "The fee issue of the new prosecutors if not resolved may affect the case proceedings," the official said.

Qazi and Qureshi were engaged along with Syed Abuzar Husnain Pirzada and Chaudhry Azhar, head of the team. Advocate Pirzada was appointed after the murder of special prosecutor Chaudhry Zulfiqar Ali.

55-year-old Lakhvi was released from Adial Jail Rawalpindi on April 10 after the Lahore High Court set aside the Punjab government's order to detain him under a security act.

Six other accused -- Abdul Wajid, Mazhar Iqbal, Hamad Amin Sadiq, Shahid Jameel Riaz, Jamil Ahmed and Younis Anjum -- have been in Adiala Jail for nearly six years in connection with planning and executing the Mumbai attack in November, 2008, that claimed 166 lives. The case has been pending in the anti-terrorism court in Islamabad since 2009.