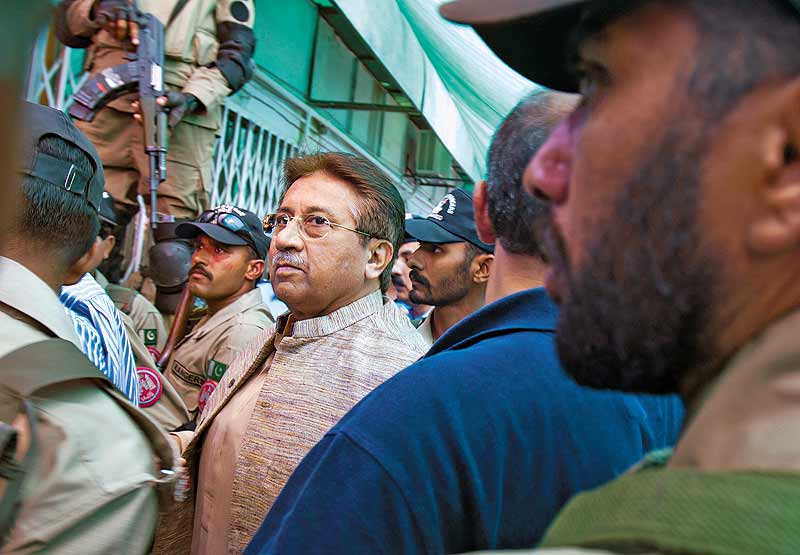 In a relief to Pervez Musharraf, Pakistan's Supreme Court today ordered the government to lift a travel ban on the former military ruler who is facing trial in a number of cases, including for high treason.

The court ruled that there was no legal bar on foreign travel by 72-year-old Musharraf unless he is stopped by the federal government.

The court rejected the appeal by the government against a decision by the Sindh High Court which had also ruled that the former president can leave the country.

"As per verdict of Supreme Court, there is no bar on Musharraf to go abroad," he said.

However, he also added that government has authority to stop anyone leaving the country by placing the name on the Exit Control List (ECL).

The issue of Musharraf's foreign travel arose when the government launched a high treason case against him in 2013 for suspending the constitution in 2007.

The government in April, 2014 banned Musharraf's foreign travels but the Sindh High Court in Karachi rejected the ban in a decision in June, 2014, which was challenged by the government in the Supreme Court.

The bench also disposed off Musharraf's application seeking one-time permission to proceed abroad for medical treatment on grounds that the petition was now infructuous.

The court turned down the plea of Attorney General Salman Aslam Butt for rejection of the Sindh High Court decision.

However, the apex court did not stop the government or the special court trying the former president for high treason from placing his name on the ECL, which lists names of people not allowed to leave the country.

The high treason case deals with suspension of the Constitution by Musharraf in 2007 which has been declared under Article 6 as being punishable by death.

He was indicted in April, 2014 but since then no progress has been made in the case for various reasons.

In January, Musharraf was acquitted by an anti-terrorism court in the 2006 murder case of Baloch nationalist leader Nawab Akbar Khan Bugti, the first major relief to the ex-army chief entangled in several high-profile cases.

He came to power in a bloodless coup in 1999, deposing then prime minister Nawaz Sharif. Facing impeachment following elections in 2008, Musharraf was forced to resign as president and went into self-imposed exile in Dubai.

He is facing a slew of court cases after returning from five years in self-exile in Dubai to contest the general election in 2013 which he lost.