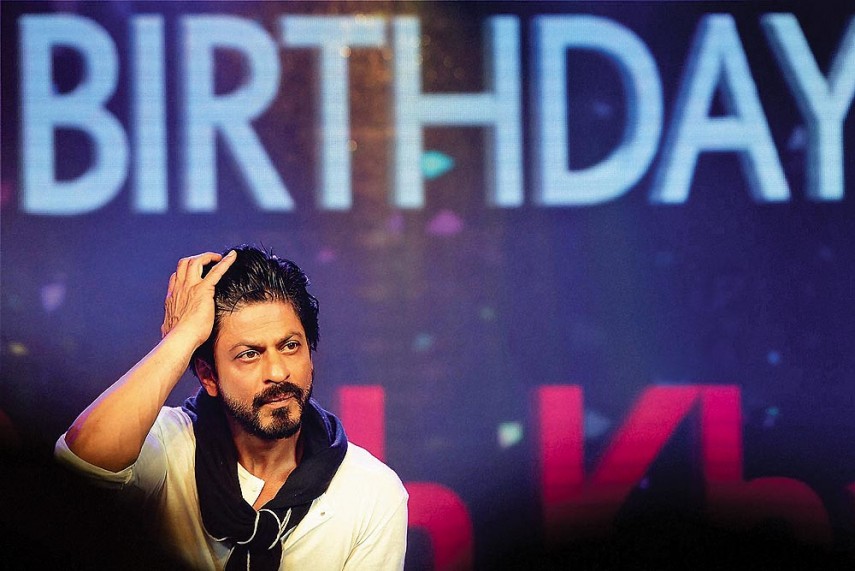 Shah Rukh yesterday called upon MNS chief Raj Thackeray ahead of the release of his film Raees, which features the Pakistani actress.

"Khan told us that the actress is not going to be here for promotion. There will be no more Pakistani actors who would be made part of his movies. We find it suitable and decided not to oppose the release of the movie," MNS Chitrapat Karmachari Sena chief Amey Khopkar said today.

"We had already made clear our stand that Pakistani artistes should not be part of Bollywood movies. Shah Rukh Khan approached Raj Thackeray and clarified that the Pakistani actor is not coming to India for the movie promotion," Khopkar further said.

The issue of Pakistani artistes had created a storm earlier this year when MNS objected to casting of actors from the neighbouring country in Bollywood movies after the Uri terror attack.

But, they later withdrew it after assurances from the film fraternity following 'mediation' by Chief Minister Devendra Fadnavis.

SRK had previously run into trouble for the release of My Name is Khan in 2010, with Shiv Sena.

Meanwhile, Opposition Congress, Samajwadi Party (SP) and NCP dubbed Shah Rukh meeting Raj to ensure smooth release of his film as "shameful" and unfortunate and accused the BJP-led Government in Maharashtra of giving "state protection" to the latter.

The SP said the Devendra Fadnavis-led ruling coalition has allowed MNS to run a "parallel government" by giving it undue importance.

"It is a matter of shame for the Fadnavis Government that Shah Rukh had to go at Thackeray's door to ensure smooth release of his film. This shows the present government has no spine," State SP President Abu Asim Azmi said, referring to Shah Rukh's visit to the MNS chief's residence yesterday.

"I don't blame Shah Rukh. He must be worried about his film. But what it shows is that Raj Thackeray is running a parallel government in the state and that is why the actor went to meet him," said the SP leader.

"This happens when a Government gives undue importance to a political party and its leader is given state protection," said Azmi, who is also an MLA from Mumbai.

"This is happening when the Raj Thackeray-led party has only one MLA in the Assembly. One can imagine what will be the law and order situation if MNS had more MLAs," said Azmi.

In October Chief Minister Devendra Fadnavis faced flak for "brokering the deal" with MNS instead of enforcing law and order, amid the row around the release of Karan Johar's Ae Dil Hai Mushkil which featured Pakistani actor Fawad Khan.

"Last time the Chief Minister himself brokered the deal between Thackeray and the makers of Ae Dil Hai Mushkil. Let the people of Maharashtra know what is the deal this time," said Azmi.

MNS has objected to casting of Pakistani actors in Bollywood movies citing the neighbouring nations involvement in terrorist attacks in India.

NCP also attacked Fadnavis for "promoting" Raj and said the twin episodes show there is no rule of law in the state.

Talking to PTI, NCP spokesman Nawab Malik said "Fadnavis brokered the deal between Karan Johar and Raj before the release of Ae Dil Hai Mushkil. It is unfortunate Shah Rukh had to meet Raj Thackeray before release of his film."

State Congress spokesman Sachin Sawant said yesterday's meeting shows Raj does not now need Fadnavis to broker a deal like he did in October with Johar.