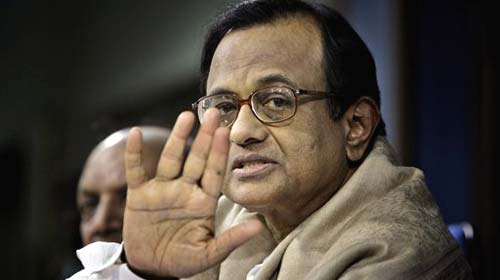 outlookindia.com
-0001-11-30T00:00:00+0553
Home Minister P Chidambaram has said that Pakistan has taken some action but it is not satisfactory, speaking at the LIC NDTV Indian of the Year Awards.

Chidamabaram said he was keeping his fingers crossed. "We will have to wait and see and we should be prepared."

He also said terror can not be defeated by non-violence in these times. The Home Minister, who has a mammoth task ahead of him, said that in the 150 days left for his government, he will act with speed and determination.

"This terror can be defeated only by determined action," he added.

On January four, Pakistan said the dossier handed over by India in connection with the Mumbai terror attack was only "information" and not evidence after refusing to acknowledge that the lone captured terrorist Ajmal Kasab was its national. Later, Pakistan confirmed Kasab's Pakistani identity and also described the Indian dossier as containing good leads and clues.

Chidambaram said as far as the government was concerned it had to act with speed and determination.

The Home Minister said lot of things have to change within the government. Equally a very important attitudinal change has to come among the people.

He recalled Dalai Lama's speech last week that this terror cannot be defeated by non-violence. " This is a sad conclusion but the right conclusion."

Chidambaram said that since India gave evidence to Pakistan on January 4 there has been significant movement forward.

"After we gave evidence to Pakistan, the Pakistan government has been obliged to change its position several times and accept the leads given to them. There has been significant movement forward " Chidambaram said.

In reply to a question on the changes in India's attitude to the fight against terrorism, Chidambaram said India had now set two clear objectives.

Enumerating them, he said, "Increase the level of preparedness of security forces and respond with determination to any terror threat or terror attack."

He said there are no roadblocks in meeting the challenge of terrorism. "Money or human resource is not a constraint... But eternal vigilance is the price of liberty," he said.