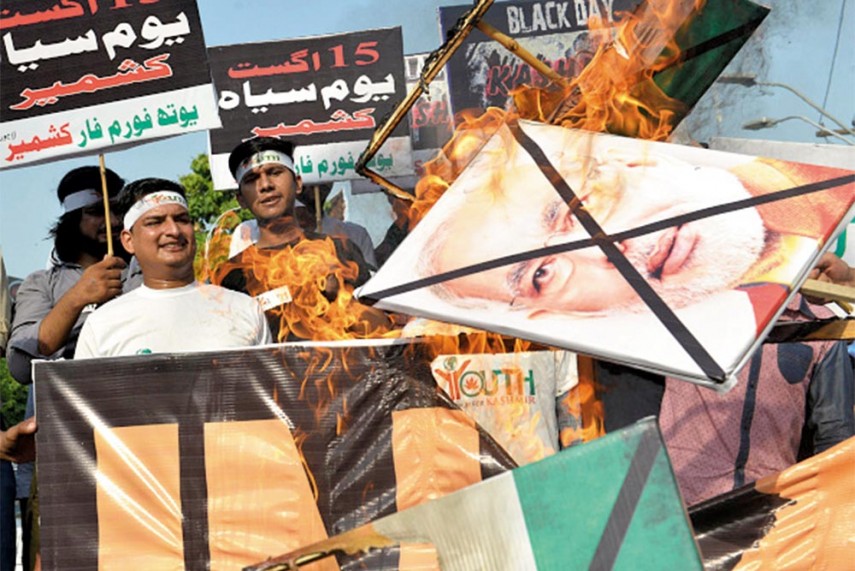 Pakistan today accused Prime Minister Narendra Modi of "irresponsible behaviour" by making provocative statements that it was exporting terror, saying his remarks were part of a "well thought out vilification campaign" to distract attention from Kashmir.

Pakistan Foreign Office, in a statement, said Prime Minister Modi in a public meeting in Kerala "tried to malign Pakistan".

"It is unfortunate that Indian leadership continues to indulge in a well thought out vilification campaign against Pakistan by making provocative statements and baseless accusations. Such irresponsible display of behaviour at the highest political level is regrettable," the Foreign Office said.

"It is evident that, as an act of desperation, India is trying to distract world attention from the atrocities perpetrated" by its forces in Kashmir against "innocent and defenseless" Kashmiris, including children and women, the statement said.

The "atrocities" in Kashmir intensified since the "extra-judicial killing of Kashmiri youth leader" Burhan Muzaffar Wani in July this year, it said of the slain Hizbul Mujahideen commander.

Modi said the sacrifice of 18 soldiers will not go in vain while all out efforts will be made to isolate Pakistan globally.

"Terrorists should hear out clearly that India will never forget the Uri attack...I want to tell the leadership of Pakistan that the sacrifice of our 18 jawans will not go in vain," Modi told a public meeting on the Kozhikode beach held on the sidelines of the BJP national council meet.

He said while countries in Asia are working to make the 21st century Asia's, Pakistan is engaged in a conspiracy of causing bloodshed across the continent by sponsoring terrorism and killing innocents.

The Foreign Office claimed that the international community has taken notice of these "blatant human rights violations" with concerns expressed by several countries as well as UN and Organisation of Islamic Cooperation (OIC).

It also accused India of continuing to sponsor terrorism in Pakistan through state apparatus.

"The arrest and confession statements of a serving Indian Navy officer and intelligence operative, Kulbhushan Jadhav, reveal beyond a shadow of doubt as to how India fuels terrorist activities in various parts of Pakistan, including Balochistan and FATA (Federally Administered Tribal Areas)," the statement said.