Owe No Explanation to the World: Shabana on Farhan-Adhuna Split 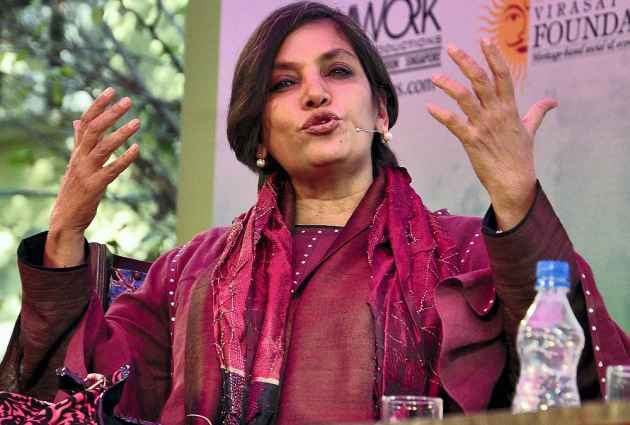 Print
A
A
A
increase text size
Outlook February 11, 2016 10:29 IST Owe No Explanation to the World: Shabana on Farhan-Adhuna Split

Veteran actress Shabana Azmi says she does not owe any explanation as to why her son Farhan Akhtar split from his longtime wife Adhuna.

The Bhaag Milkha Bhaag star and his celebrity hair stylist wife of 15 years recently announced their decision to separate "mutually and amicably".

When asked about the split Azmi told PTI, "I don't think I owe the world any explanation."

The actress refused to comment anything further on the much-talked about break-up.

Farhan, 42, is the son of veteran writer-lyricist Javed Akhtar and his former wife Honey Irani.

Meanwhile, the Fire actress will be seen playing Sonam Kapoor's mother in the upcoming Neerja.  Azmi says what drew her towards the role was the arch in her character.

"There is a huge arch in the mother and Neerja's character. From being an ordinary girl who does something extra-ordinary to the mother, who is a conventional one. She is concerned if her daughter has eaten her food or not.

"Yet she embraces the fact that her daughter died doing something heroic. So, a character which has an arch is always interesting to do."

The film, directed by Ram Madhvani, is based on the life of flight attendant Neerja Bhanot. The movie revolves around the hijacking of Pan Am Flight 73 in Karachi and how the young flight attendant fought for the lives of her passengers.

Azmi says even though the film revolves around hijacking, the director has kept the emotional quotient intact.

"It's not just a film about the incident but also the strong emotional base that comes from the girl's relationship with her family and particularly with the mother."