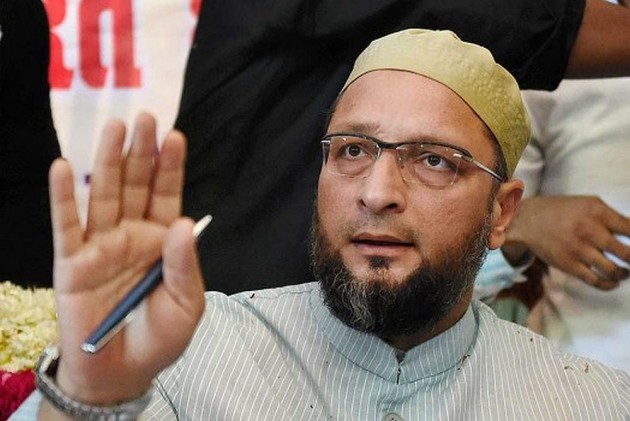 Lok Sabha MP Asaduddin Owaisi today asked the Centre to move the Supreme Court to seek death penalty for the convicts in the 2002 post-Godhra Gujarat riot case involving the gang-rape of Bilkis Bano and the killing of her family members.

The All India Majlis Ittehadul Muslimeen chief raised the demand a day after the Bombay High Court upheld the conviction and life sentence of 12 people in the Bilkis Bano case and set aside the acquittal of seven others.

The high court, however, had rejected the CBI's appeal yesterday seeking death penalty for the three of the convicts.

Bano was gang-raped and several members of her family were murdered during the 2002 post-Godhra riots in Gujarat.

"The judgement that came in the case of Bilkis Bano, I respect the high court, but I feel I should also ask as to why there are double standards in communal cases and the rape cases, particularly in awarding death sentences..." he said.

The Supreme Court today confirmed the death sentence of four convicts in the Delhi gang-rape case. However, Owaisi didn't refer to it.

"I believe this (Bilkis Bano) is a fit case in which the culprits should have been awarded the death penalty.

"Here comes a chance (for Prime Minister Narendra Modi). File appeal in the Supreme court against the high court judgement and see to it that it is converted into death penalty," he said.

Modi was the chief minister of Gujarat when Bilkis Bano was raped and her family members were killed, the AIMIM leader said.

The Supreme Court handed over the case to the CBI because earlier there was no proper investigation, he said.

The Hyderabad Lok Sabha member said he had welcomed the death penalty to Yakub Memon in the 1993 Mumbai blasts case, even though the court awarded the capital punishment on the basis of "circumstances".