Over 25 Percent Polling In Western Uttar Pradesh Until Noon 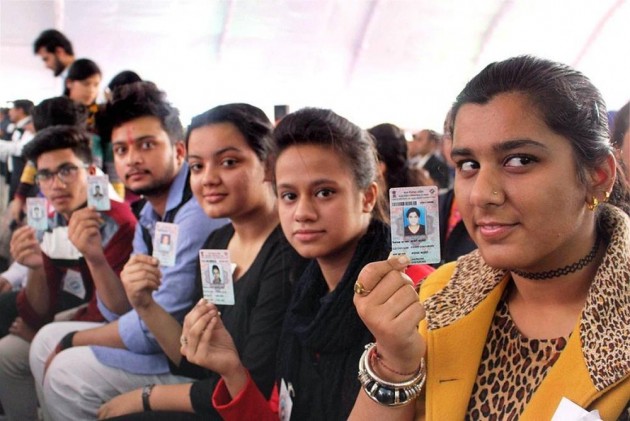 Print
A
A
A
increase text size
Outlook February 15, 2017 12:40 IST Over 25 Percent Polling In Western Uttar Pradesh Until Noon

Over 25 per cent of the electorate cast their votes till noon in the second phase polling in 67 Assembly constituencies across 11 districts of western Uttar Pradesh.

The districts where polling is on, amid tight security arrangements, are Saharanpur, Bijnor, Moradabad, Sambhal, Rampur, Bareilly, Amroha, Pilibhit, Kheri, Shahjahanpur and Badaun.

In the second of seven-phase election, 2.28 crore voters, including over 1.04 crore women, are eligible to cast their ballots in 14,771 polling centres and 23,693 polling stations.

Official sources said polling was dull initially but picked up as the day wore on.

They said till midday there was no report of any untoward incident and polling was going on smoothly.

"Polling is going on peacefully at all polling stations. We are keeping a close vigil. The poll percentage is likely to increase as the day proceeds," UP Chief Electoral Officer T Venkatesh said.

Muslim women in burqas were seen outside several booths, while the picture of a newly married couple going to cast vote in Bareilly went viral on social media.

Elaborate arrangements have been made for free and fair polling with deployment of 51,771 police constables, 52,598 homeguards, 5,397 sub-inspectors and 3,666 head constables to maintain law and order.

In this phase, 720 candidates are in the fray with a maximum of 22 from Barhapur (Bijnor) and a minimum of four nominees from Dhanaura (Amroha).

This time, Uttar Pradesh is witnessing a three-way contest among Samajwadi Party-Congress alliance, BJP and BSP.

While the Samajwadi Party seeks to retain power albeit with Congress prop, BSP and BJP hope to regain power in the state after five and 13 years respectively.

The Election Commission has barred political parties and candidates from publishing advertisements in newspapers today and tomorrow without its approval.

The poll body has asked them to get the advertisements pre-certified from the Media Certification and Monitoring Committee at the state and district levels before publication.

The decision has been taken in view of past instances of advertisements of offending and misleading nature in print media on such occasions which vitiate the elections.