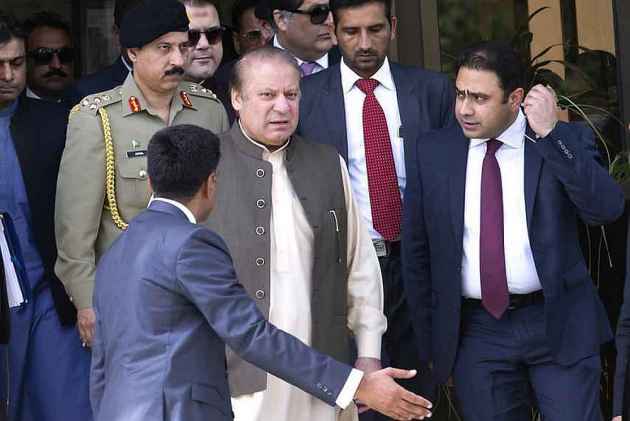 Pakistan's ousted prime minister Nawaz Sharif will chair a crucial meeting to decide his successor, a day after he was disqualified by the Supreme Court.

The Supreme Court yesterday disqualified 67-year-old Sharif for dishonesty and ruled that corruption cases be filed against him and his children over the Panama Papers scandal, forcing the embattled leader out of office.

Senior Pakistan Muslim League leader and former railway minister Khawaja Saad Rafique said that the party meeting later today. The meeting is likely to include discussion on candidates for the post of the prime minister, party's new president and members of the Cabinet.

"Different options were discussed in a similar meeting yesterday but no decision was taken," he said.

Meanwhile, party sources said that Sharif proposed name of his younger brother Shehbaz in yesterday's meeting and none of the participants raised any objection to the proposal.

But Shehbaz, 65, cannot immediately replace his brother as he is not a member of parliament.

In order to become the prime minister, he would have to be elected first.

Hence, an interim prime minister would have to be chosen from among Sharif's confidants who will resign once Shehbaz is elected.

Pakistan has seen such arrangements in the past too.

According to party sources, Sharif was conscious that bringing Punjab Chief Minister Shehbaz to Islamabad may create political vacuum in the crucial state, which PML-N cannot afford ahead of next year elections.

Hence, there is possibility that a permanent prime minister might be elected from the senior party leader for the remaining tenure of the government, which would end in first week of June, 2018.

In case, Shehbaz is elected is premier, then his son Hamza could be a choice for the post of chief minister of Punjab.

But the problem is that Hamza is member of national assembly and would have to be elected as member of provincial assembly first in order to succeed his father.

The party would have to decide a prime minister for interim period in case Shehbaz emerges as the final consensus candidate for top job.