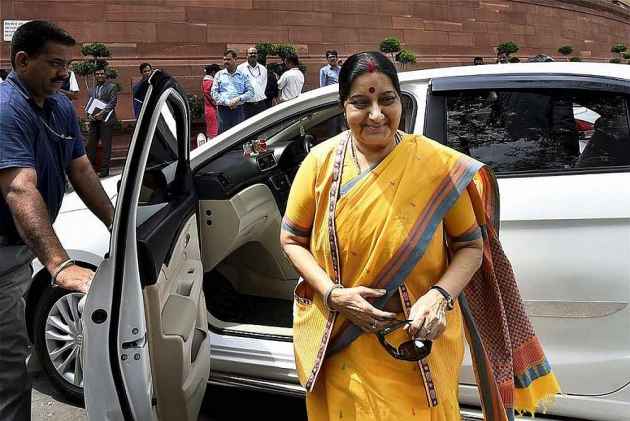 Print
A
A
A
increase text size
Outlook August 04, 2017 09:37 IST Opposition to Move Privilege Motions Against Swaraj in Rajya Sabha for Misinforming House on Foreign Policy

According to sources, leaders of different political parties will move two privilege motions against Swaraj for allegedly "providing wrong information on the Bandung Asia Africa relations conference and about Prime Minister Narendra Modi's Lahore visit in 2015".

The sources said that while Swaraj claimed that she had not delivered any speech in the Bandung conference, the opposition parties have downloaded a purported speech and will attach it as proof.

The second privilege is for allegedly "misinforming the House on Modi's 2015 Lahore visit, claiming that there was no terror incident after that".

The opposition, however, seeks to differ saying the Pathankot terror attack happened immediately after Modi's visit and there were five other incidents after that too.

Incidentally, the issue was raised in the Rajya Sabha today with Congress leader Anand Sharma and Trinamool leader Derek O' Brien saying that Swaraj had delivered her speech at Bandung despite claims to the contrary.