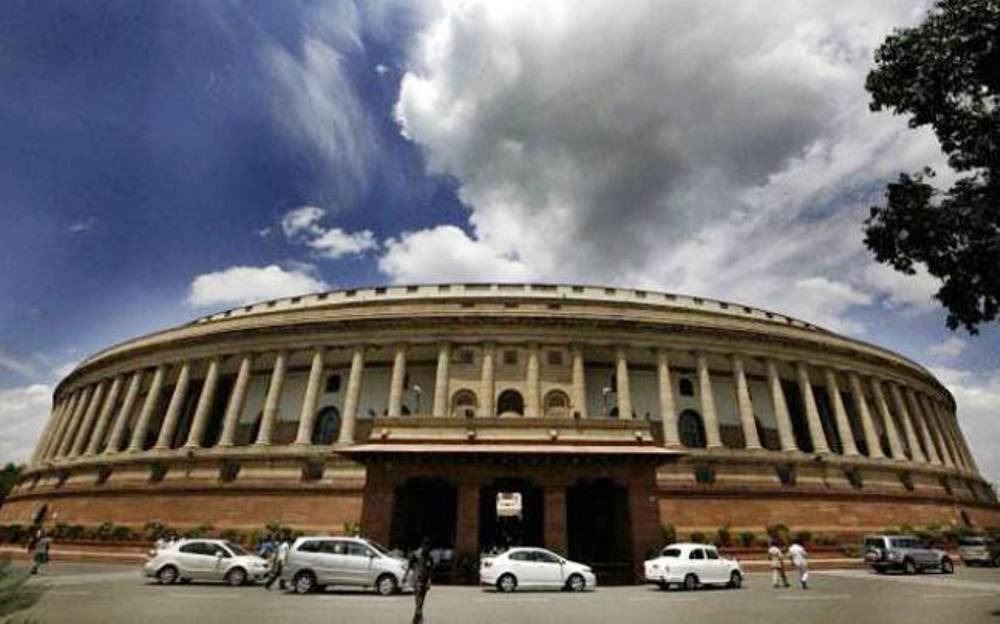 A united opposition's relentless demand for a debate on demonetisation under a rule which entails voting on Thursday forced the adjournment of the Lok Sabha for the day as the government refused to accept it.

Parliamentary Affairs Minister Ananth Kumar said the government was willing to debate the issue under Rule 193, which does not entail voting, as it did not want two voices to emerge from Parliament, drawing incessant protests from the opposition.

As opposition parties refused to budge, Speaker Sumitra Mahajan adjourned proceedings for the day after a 25-minute adjournment earlier. The House was adjourned on Wednesday as a mark of respect for a sitting member who had passed away in August.

As soon as the House met, Trinamool Congress leader Sudip Bandhyopadhyay said his party wanted to move an adjournment motion.

Leader of the Congress party in Lok Sabha Mallikarjun Kharge said his party too wanted to move a similar motion to discuss the "hardship being faced by the people and the economic disruption and the failure of the government to redress the plight of the people."

He said another issue his party wanted to flag was the "leakage" of the information on demonetisation before it came into force.

The Question Hour between 1100 hours and noon went on amid continued vociferous protests and sloganeering by opposition members, including those from Congress, TMC, the Left, SP and RJD. Members of some other parties, including AIADMK, were also seen in the aisle.

"We all want a discussion under the Rule 56 so that we can know what is the stand of all parties when they vote. Then everyone will participate," Kharge said.

Kumar insisted that people at large are with Prime Minister Narendra Modi's decision on demonetisation.

"They want black money, fake currency... To be finished. We want cooperation from you. We are ready to discuss. We do not want two voices to emerge from Parliament," he said.

Bandhopadhyay said opposition parties were together. "We are in a mood to censure the government," he said.

Soon after the Question Hour, the Speaker said she had disallowed all the adjournment notices, including one moved by BJP ally SAD.

Mahajan said she was ready to allow a discussion but not amid such a din and added that all parties will have to decide on its modalities.

The Parliamentary Affairs Minister said the government was ready to discuss at length the "historic" decision by suspending the Question Hour but under Rule 193 where there is no formal motion or voting.

He said all political parties are against black money, corruption and fake currency.

Rejecting the suggestion, members of Congress, TMC, RJD and Left parties rushed to the Well shouting slogans. AIADMK members to entered the Well, but were raising slogans demanding release of Cauvery water by Karnataka for Tamil Nadu.

As opposition mmbers raised slogans like "Pradhan Mantri jawab do..." and "shame-shame", the Speaker continued with the Question Hour.