Opposition Presses For Early Debate on Role of Governors in Goa, Manipur 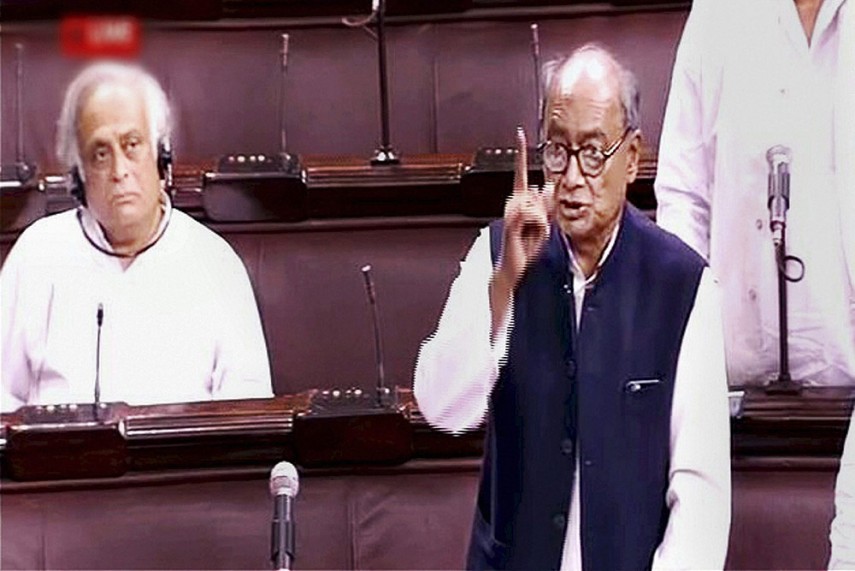 Print
A
A
A
increase text size
Outlook March 20, 2017 12:30 IST Opposition Presses For Early Debate on Role of Governors in Goa, Manipur

Opposition Congress today pressed for expeditiously taking up of its substantive motion on the conduct of the Governors of Goa and Manipur in not calling the single largest party to form government after the assembly elections.

Raising the issue, Digvijaya Singh (Cong) said he has moved a substantive motion under rule 168 on the conduct of Governors and wanted to know when it will be taken up.

Deputy Chairman P J Kurien said the notice has been received and it is under consideration. "As and when Chairman decides on the admissibility, you will be intimated," he said.

He said "democracy is murdered" as the Governors called BJP, the second largest party, to form governments.

The conduct of the Governors, he said, has gone against the established practice and constitutional propriety and urged that his motion be taken up expdeditiously, otherwise "the urgency is lost".

The Congress was the single largest party in both Goa and Manipur and had the first right of refusal in forming the government, he said.

Singh had on Friday moved a notice under rule 267 seeking suspension of business to discuss the happenings in Goa but the Chair had ruled that the conduct of Governor can only be discussed under a substantive motion.

Anand Sharma (Cong) charged the BJP of "committing theft (of mandate) by deceit."

Law and IT Minister Ravi Shankar Prasad however said the phrase "murder of democracy" should not go on record, a plea which was vehemently opposed by the Congress and other opposition parties including Left.

"Murder of democracy is not an unparliamentary phrase and it cannot be expunged," said Tapan Sen (CPI-M).

Prasad said the "in-house problems of Congress party should not be shifted to the Governor."

Sharad Yadav (JD-U) also supported the demand for early consideration of the motion saying an impression has been given that when the issue first figured in the House on Thursday and Friday, it would be taken up on Monday.

"If a notice is given, there is a procedure. Chairman has to examine its admissibility," Kurien said adding he will convey the feelings of the members about the urgency for a discussion to the Chairman.

Minister of State for Parliamentary Affairs Mukhtar Abbas Naqvi said the Chairman will have to decide if such a motion is to be admitted and, if admitted, under what rule.

Jairman Ramesh (Cong) gave an acronym of Modi, which was immediately expunged from the records.

When Leader of the Opposition Ghulam Nabi Azad said the motion should be taken up for discussion at 2 pm today, Kurien said a decision on the admissibility of the motion will be conveyed as early as possible.