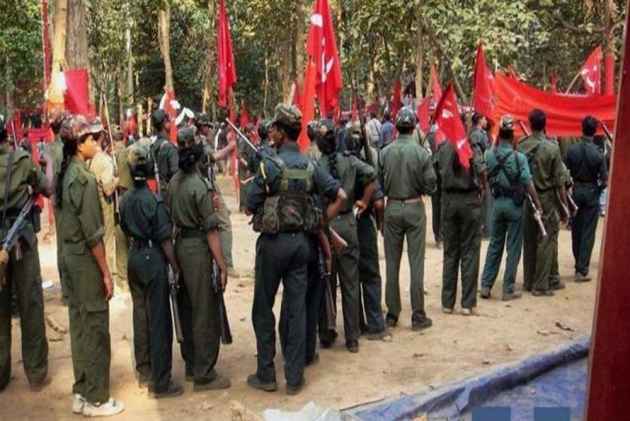 The Chhattisgarh Police have claimed that 18 Maoists were killed in a joint counter-insurgency operation in Tondamarka area of Sukma district last month.

The operation, named "Prahaar", was conducted by the Central Reserve Police Force (CRPF), the Commando Battalion for Resolute Action (CoBRA - an elite unit of CRPF) and the state police's Special Task Force (STF) and District Reserve Guard (DRG) between June 23 and 25, the police said.

The area, situated deep inside the forest under Chhintagufa police station limits, is considered a Maoist den.

While the body of only one Maoist was recovered, Sukma superintendent of police Abhishek Meena on Wednesday said the police had confirmed reports of the death of 18 Naxals.

Several other rebels were either killed or injured but their colleagues managed to drag their bodies away, he said.

Three DRG jawans were also killed and six other security personnel injured in the operation, the SP said.

"We have received confirmed reports that 14 Maoists were gunned down in the exchange of fire with the security personnel during that operation, while another four injured cadres succumbed later," Meena said.

As per the local intelligence sources, six of the slain Naxals were identified as Sodhi Budhra, Podiyam Suresh, Muchaki Jogi, Madvi Hidma, Veti Joga and Sodhi Lakhe, all belonging to the People's Liberation Guerrilla Army (PLGA) squad of the Maoists, he said.

On April 24 this year, 25 CRPF personnel, who were providing security for a road construction work, were killed in a Maoist  attack in Burkapal area of Sukma.

Prior to it on March 11, 12 CRPF personnel were killed in a Maoist attack in Bhejji area of Sukma.

The Sukma district in the southernmost Bastar division lies near the junction of three states -- Odisha, Andhra Pradesh and Maharashtra - with Maoists dominating the region through an extensive network of 'Janatana Sarkar' (people's government) units coupled with dreaded guerrilla fighter battalions.

Notably, the Naxals have inflicted maximum causalities on security forces in Sukma region.

The Maoists fear that construction of roads will speed up the movement of security forces and development works in Bastar region, thereby uprooting them, a senior police official earlier said.

Continue FREE with Ads Pay Rs. 1 to Read Without Ads
READ MORE IN:
Raman Singh National
Next Story : Make No Mistake, Will Use Military Force If We Must, Nikki Haley Warns Kim Jong-Un
Download the Outlook ​Magazines App. Six magazines, wherever you go! Play Store and App Store