Only Those Hiding Black Money Were Against Demonetisation: BJP 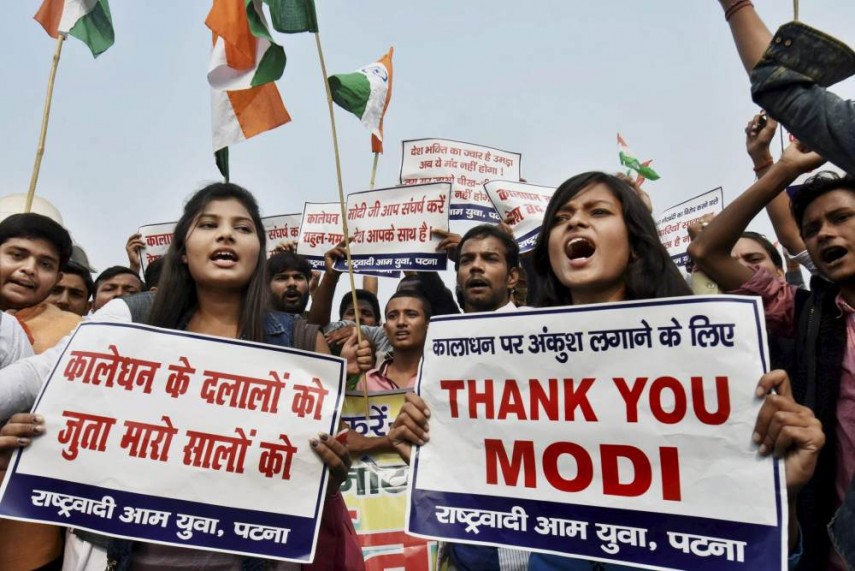 Print
A
A
A
increase text size
Outlook November 28, 2016 10:51 IST Only Those Hiding Black Money Were Against Demonetisation: BJP

The Puducherry unit of Bharatiya Janata party (BJP) today said those who were hoarding black money and evading income tax alone raised the banner of revolt against the Centre' move to combat corruption and fake currency, through demonetisation.

President of Puducherry unit of BJP, V Saminathan in a release here said that those who were honestly paying income tax were all praise for Prime Minister Narendra Modi's initiatives.

"Only those hiding black money were up in arms against it," he alleged.

Saminathan further stated that one was at a loss to understand the "dual stance" the Puducherry Chief Minister V Narayanasamy was adopting in his reaction to the demonetisation measure.

"While holding agitations with the DMK against demonetisation in Puducherry, Narayanasamy has also been showering praises on the Centre on various counts during his meeting with the Central Ministers in Delhi," he alleged.

The BJP has launched a drive to collect signatures from not less than one lakh people in the Union Territory to enlist their cooperation for the current crusade by the Centre against black money.

The drive which commenced yesterday would go on till December 10, he said.