One Person Held Over Attack on Rahul Gandhi 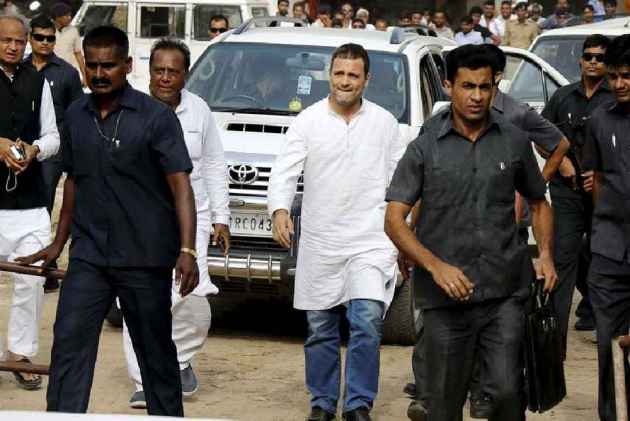 Print
A
A
A
increase text size
Outlook August 05, 2017 16:07 IST One Person Held Over Attack on Rahul Gandhi

One person was today arrested for allegedly throwing a stone on the car of Congress vice president Rahul Gandhi in Banaskantha district's Dhanera town, when he was on a visit to the flood-hit areas of Gujarat.

Congress leaders claimed that he was a local office bearer of the BJP's youth outfit.

"We have arrested one person named Jayesh Darji alias Anil Rathod for allegedly throwing a stone at the vehicle in which Gandhi was travelling," Badgujar told PTI.

"We arrested Darji after his name was given by Congress members during the course of investigation," Badgujar said.

The Congress claimed that Darji was a BJP worker and was behind incident yesterday.

"Jayesh Darji is the secretary of Banaskantha district BJP Yuva Morcha. He is the man who threw the stone at Rahul Gandhi. We have also submitted names of three more persons who conspired along with Darji to throw the stone at Gandhi's vehicle," said district Congress general secretary, Prithviraj Kathwadia.

Gandhi escaped unhurt after some unidentified persons threw a stone at the car in which he was travelling, breaking the glass pane of the rear window of the vehicle.

Continue FREE with Ads Pay Rs. 1 to Read Without Ads
READ MORE IN:
Rahul Gandhi National
Next Story : Trump 'Bhaiya' to get Rakhis from Women of Haryana Village
Download the Outlook ​Magazines App. Six magazines, wherever you go! Play Store and App Store