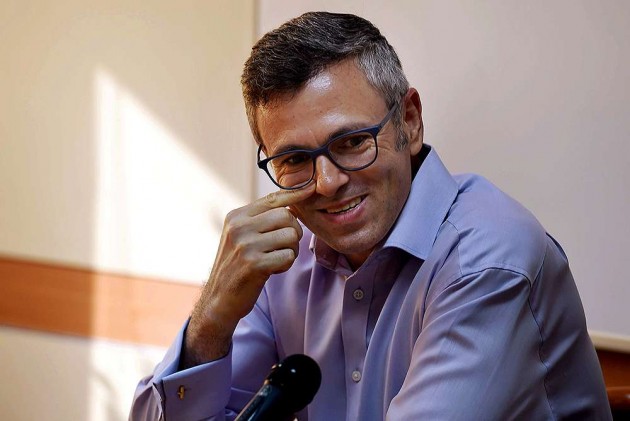 Former Jammu and Kashmir chief minister Omar Abdullah today came out in defence of his father Farooq Abdullah, who had sparked a row by saying that all the army of the country cannot defend the people against militants.

"My father has said the right thing. One can use weapons to a certain extent only, after that the political dialogue will have to take the process forward," Omar told reporters on the sidelines of a party function in Doda district of Jammu and Kashmir today.

"We agree that there has been immense contribution of security forces in Kashmir but if there has to be a solution for this problem then you will have to replace force with political dialogue," he said.

Omar said his party was in favour of dialogue, however, the current situation was not conducive for the process.

"We want talks to take place. We have always been in favour of finding solutions through dialogues. But the truth is that the relation between the two countries is so stressed that it is difficult to decide the level of the talks and where," Omar said.

He said that the current situation (between India and Pakistan) was such that the two countries were not even ready to play a cricket match against each other.

"Even if there is a dialogue on playing a match it is being held in a third country altogether. In such a situation, the atmosphere of a dialogue doesn't seem to be right," he said.

Speaking at a seminar organised by members of civil society yesterday, National Conference chief Farooq Abdullah had said, "How much can the army defend us even if the entire army of India came to our rescue, they cannot defend us against terrorists or militants. The only way left is to hold dialogue and find a solution."