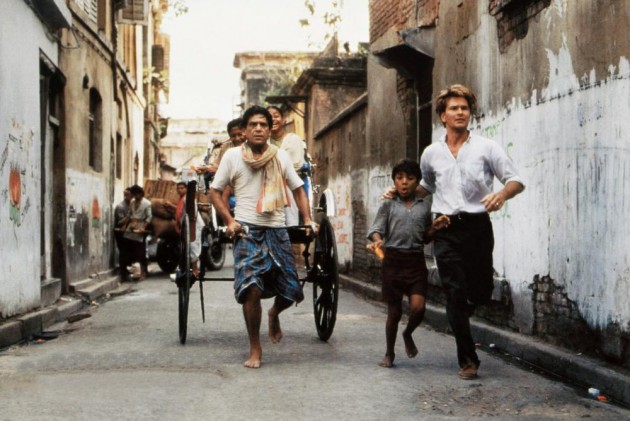 Veteran actor Om Puri, who had portrayed a rickshaw-puller in Roland Joffe's acclaimed film City of Joy, today lent his voice against abolition of the mode of transport from city roads.

Puri said rickshaw-pullers formed an intrinsic part of Kolkata's life, often coming to the help of stranded passengers in a flooded city when all other modes of transport stood standstill.

"The city's iconic rickshaws should never die," Puri who was in the city to attend an event to felicitate Kolkata rickshaw-pullers, told reporters here today.

"In the monsoon months nothing moves in Kolkata apart from these rickshaws. Cars are flooded with water. I feel concerned about them," Puri said.

The actor said, "Rickshaws are part of Kolkata's history. Earlier Bimal Roy had made a film on the plight of these transporters."

Empathizing with their plight, he said, "Their lungs become weaker because of running all day. They are subjected to air pollution, much more than us, inhaling more toxic air as the lungs expand with running."

He felt that they could be a massive tourist draw if Bengal marketed them well.

"They can take tourists to the most interesting by-lanes of Kolkata. Look at what Hong Kong has done with their rickshaws. Even in Kolkata they should be allowed to function in areas where they are not a hindrance," he said.

Narrating his own experience about rickshaw-pulling during the filming of City of Joy, a nostalgic Puri said, "I had spent three months in Kolkata shooting. As soon as I reached the hotel, I wanted to start pulling a rickshaw. So the next morning I left at 5.30 am with two real rickshaw-pullers who were my passengers."

"After 10 minutes a crowd assembled on the streets. I was wondering how I attracted their attention. Then I realised that I was actually wearing a track suit. From the next day I wore a lungi, a vest and took a gamcha around my neck and put it into my mouth like a lot of rickshaw walas do."

"Initially I felt tired but after 10 days, I pulled the rickshaw continuously for nearly three hours. I would start from Oberoi hotel and go to Dharamtalla, past Writer’s Buildings, go by the Ganga, New Market and Nandan,” the actor recalled.

Puri came to the city to felicitate 45 rickshaw- pullers at journalist-photographer Kounteya Sinha's photography exhibition on the city.

Rickshaw-puller Ramu, who hails from a village in Bihar and lives with other rickshaw-pullers at a Ballygunje area, said he had never imagined to be honoured this way and talk to a film star.