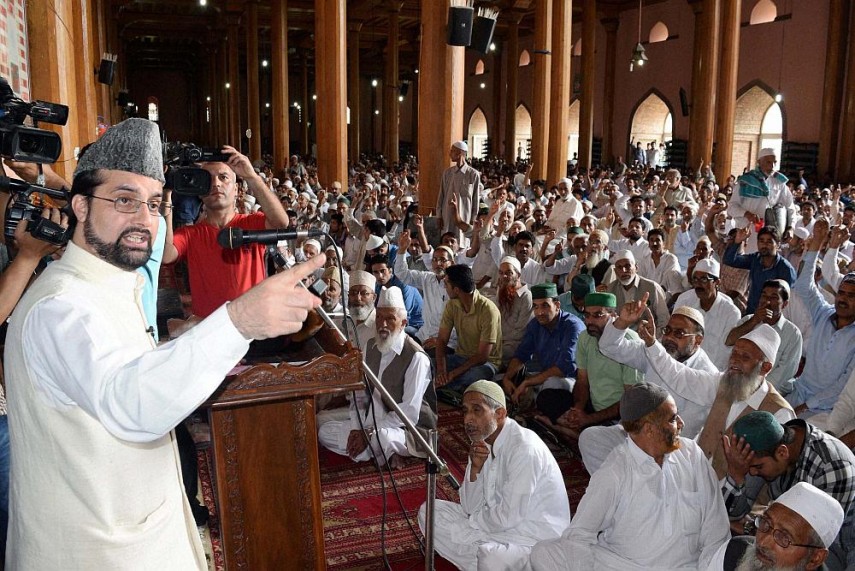 Organisation of Islamic Cooperation (OIC) has invited chairman of moderate Hurriyat Conference Mirwaiz Umar Farooq for its annual 'Coordination Meeting of Foreign Ministers' as well as the 'Meeting of Contact Group on Jammu and Kashmir' in New York later this month.

Mirwaiz got the invitation through a letter from OIC Director General of Cabinet Yusuf Al-Othaimeen, which was released to media by the Hurriyat Conference here today.

"I have the honour to inform you that the annual Coordination Meeting of the OIC Foreign Ministers as well as the Meeting of the OIC Contact Group on Jammu and Kashmir will be held during the 71st session of the United Nations General Assembly (UNGA) at the UN Headquarters in New York, on 19-22 September 2016.

"In this regard, I have the pleasure to invite you to attend the above mentioned meetings in New York, as invitee," Othaimeen said in the letter addressed to Mirwaiz.

The Hurriyat said the participation of Mirwaiz is not possible as he continues to be under arrest and his passport stands seized by the government for the last four years.

Mirwaiz, who is part of the separatist camp spearheading the ongoing agitation in the valley, was arrested on August 26 after remaining under house arrest since July 9. He is currently lodged at Cheshma Shahi sub jail here.