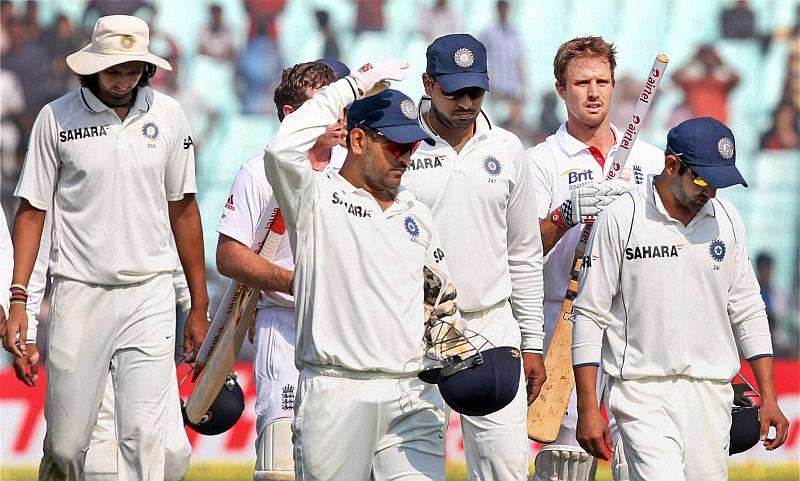 Mumbai paceman Dhawal Kularni was also included while paceman Mohit Sharma was recalled in the squad, which had no place for seasoned players such as Yuvraj Singh, Gautam Gambhir, Ishant Sharma and Harbhajan Singh.

Suresh Raina, who was left out of the Indian team for the Asia Cup in Bangladesh has been included in the squad, announced by BCCI Secretary Sanjay Patel after a meeting of the selection committee.

Pacer Umesh Yadav has also been recalled to the team, to be captained by Mahendra Singh Dhoni with Virat Kohli being his deputy.

"Considering the World Cup, the emphasis was laid on including the young players, that is why players such as Sanju Samson, Karn Sharma, Mohit Sharma and Stuart Binny are there in the team," Patel told reporters.

Patel also informed that spinner Amit Mishra was ruled out due to a back injury.

The 19-year-old Samson and 26-year-old Karn were rewarded for their consistent performance in the domestic circuit as well as India A engagements.

Samson was highest run-getter for India A in team's recent Quadrangular series victory in Australia. The diminutive batsman scored 244 runs at an average of 81.33 in seven matches.

Kulkarni also forced his way to the team with his consistent show. He had emerged as the most successful bowler of the Quadrangular series with 14 wickets, which included one five-wicket haul.

Mohit, who has already played eight ODIs for India, had taken eight wickets in that series.

Yuvraj Singh, who was in the second-string team which toured Bangladesh under Raina's captaincy, was ignored and so was Ishant Sharma, who is part of India's Test squad in the ongoing series in England.

The Selection panel, headed by Sandeep Patil, discussed with captain Dhoni and coach Duncan Fletcher through video conference before finalising the squad.

Virat Kohli, Shikhar Dhawan, Rohit Sharma, Suresh Raina, Ajinkya Rahane and Ambati Rayudu are the other specialist batsmen while Dhoni and Samson are the two wicket-keepers.

The first ODI will be played on August 25 at Bristol while Cardiff (August 27), Nottingham (August 30), Birmingham (September 2) and Headingley (September 5) will host the other matches.

The lone Twenty20 will be played on September 7 in Birmingham.

The selectors have reposed faith in ODI openers Dhawan and Rohit though both have not been among the runs in the ongoing Test series in England.

The fact that the duo had a splendid run during last year's ICC Champions Trophy to form a good ODI opening combine must have worked in their favour.

While left-handed Dhawan has struggled in the first three Test matches and amassed only 122 runs with 37 as his highest score from six innings, Rohit flopped in the only appearance for a losing cause in the previous game at Southampton by scoring 28 and 6.

The two batsmen had played a big role in India clinching the Champions Trophy crown in June last year, with Dhawan top scoring for the team (363 runs at 90-plus per innings), and Rohit finishing as the second-highest scorer behind his opening partner with 177 runs in his kitty from five games.

The selectors, thus, have resisted the temptation of including India's highest run scorer in the current Test rubber, opener Murali Vijay, for the ODIs that follow the five-match series.

Vijay, who has scored 364 runs in the first six innings of the Test rubber and is averaging plus 60, last played an ODI for India against Sri Lanka in a tri-nation series held in the West Indies in July 2013.