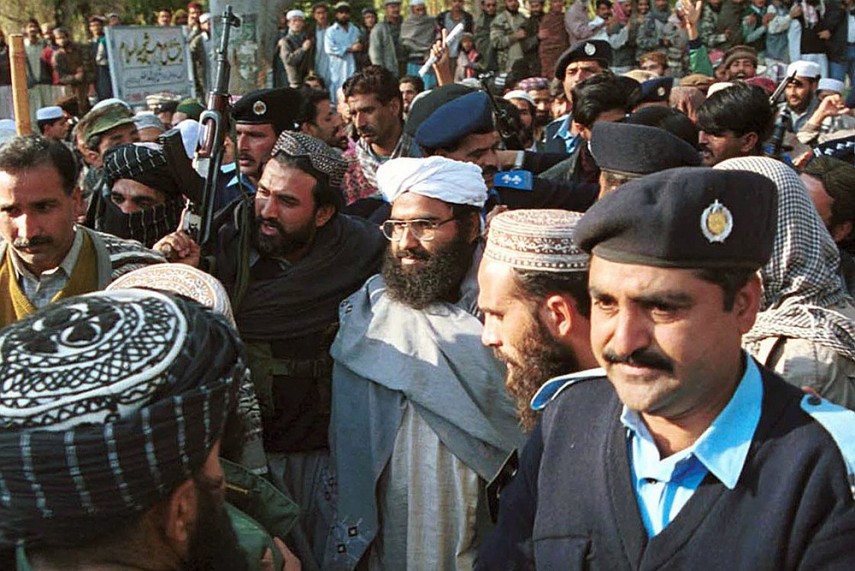 Any "objective reading" of India's demand to designate Masood Azhar a terrorist by the UN would lead one to support the case, a top US diplomat today said, in a clear message to China which repeatedly blocked India's efforts to get the JeM chief banned by the world body.

"We have to understand and work through what these objections are. Any objective reading of the case would lead one to support the designation (of Azhar by the UN Security Council)," US Ambassador to India Richard Verma told PTI in a telephonic interview on his last day in office in New Delhi.

He said the US was disappointed that the issue has not got through the Security Council yet, but refrained from directly speaking on if China was "siding with terrorism" in this case.

"We have been very proud with India to get additional designations in the United Nations. We have named additional entities in LeT and JeM to put additional pressure on these groups and actors. We think the right thing to do would be to designate them (Azhar and others) at the UN," he said.

"We are disappointed that we have not been able to do that."

Verma was, however, optimistic the Donald Trump administration will coordinate with India on the issues.

"I have every reason to believe the new administration will also move in a coordinated fashion (with India). We got to continue to work with all parties including those who have not been supportive of these designations in the past," he said adding, "we have to stay at it and not back off. It is a very important mechanism to hold people to account for their actions."

As a political appointee, Verma's term ends with President Barack Obama and Trump takes over as the 45th US President.

In the two years he has been in New Delhi, Verma, the first Indian-American to be appointed to the top US diplomatic position, said these have been best years for bilateral ties.

Responding to another question on cross-border terrorism emanating from Pakistan, Verma said the Barack Obama administration has had a genuine and tough conversation with Pakistan.

"Terrorism is the biggest threat that confronts the US, people of India, and frankly the people of Pakistan and we have to stand together against this scourge. No one nation can solve those problems on its own. We have been united with our friends in India on ending cross-border terrorism," he said.

Verma said India and the US have been sharing more intelligence, adding the bilateral ties is on a "solid upward trajectory" and the relationship has demonstrated that it can create jobs in the world's two largest democracies and deliver economic prosperity and security.

"We have been having regular and tough conversations with leadership in Pakistan, to shut down the transit routes to shut down the safe havens and ensure that people who turn to violence are held to account," he said.

Continue FREE with Ads Pay Rs. 1 to Read Without Ads
READ MORE IN:
Masood Azhar International
Next Story : Filing Of Nominations For 2nd Phase Of UP Polls Begins
Download the Outlook ​Magazines App. Six magazines, wherever you go! Play Store and App Store